9 quotes about our planet that made us glad, mad and sad in 2019

Some were messages of hope, while others were angry outbursts. Then, there were comments that were simply befuddling. Here are some of the choice quotes of 2019 from the world of sustainability.

From young climate activists to world leaders, there was no shortage of memorable quotes on climate change and the environment this year.

The statements—uttered during interviews, at local gatherings such as Singapore’s first-ever climate rally as well as high-profile events such as the United Nations Climate Action Summit in New York—struck a chord for various reasons. Some evoked hope, while others were searing outbursts. Then, there were comments that were simply befuddling.

Rose shared a message of hope with Eco-Business in August, while in Singapore for the local premiere of the Elysium Epic Trilogy exhibition and symposium.

The exhibition showcased photos from the Antarctic, Arctic and Coral Triangle, while the symposium featured speakers such as Dr Sylvia Earle, marine biologist and first female chief scientist of the United States’ National Oceanic and Atmospheric Administration. The event aimed to raise awareness of climate change and plastic pollution using scientific facts and art.

The 16-year-old Swede, who inspired youths around the world to skip school to protest inaction by governments on the climate emergency, lambasted world leaders at the United Nations Climate Action Summit in September.

Thunberg avoided taking a flight to New York, sailing instead for 15 days across the Atlantic on a racing yacht that used solar panels and underwater generator turbines to avoid carbon emissions.

Thunberg’s outrage may have set the tone for the UN climate summit, but it is Guterres who has done much heavy lifting this year in pushing for stronger political action to cut greenhouse gas emissions and tackle sea level rise. Among other things, Guterres, the former prime minister of Portugal, travelled to meet leaders and residents of the vulnerable Pacific Islands and posed in thigh-deep water on the cover of TIME magazine.

Amid setbacks such as the United States formally starting its withdrawal from the Paris Agreement, Guterres has continued his calls, including at this month’s climate summit in Madrid, to stop the “war against nature” and for the world’s largest emitters to pull their weight.

As fires destroyed large tracts of forests in the Arctic, Indonesia and the Amazon this year, the world needed a reminder of the importance of trees.

Together with Thunberg, Monbiot produced a short film about the need to protect, restore and fund nature to tackle the climate crisis.

Natural climate solutions such marshes, kelp forests and peatbogs help sequester carbon, but get a mere 2 per cent of the money used to tackle the climate breakdown, Monbiot said in the film. Yet, countries pour billions of dollars into fossil fuel subsidies.

While the Amazon and Indonesian fires were largely caused by humans, the Arctic fires that blazed in Russia and Alaska were largely due to lightning strikes. Rising temperatures in the Arctic and strong winds made this year’s fires particularly bad, experts said.

In late-November, the Brazilian president blamed American actor and environmentalist Leonardo DiCaprio for contributing to wildfires that raged in the Amazon earlier this year. Bolsonaro alleged that DiCaprio donated to a non-governmental organisation (NGO) rumoured to have paid volunteer firefighters for images of the fires, which it then used to solicit public donations. 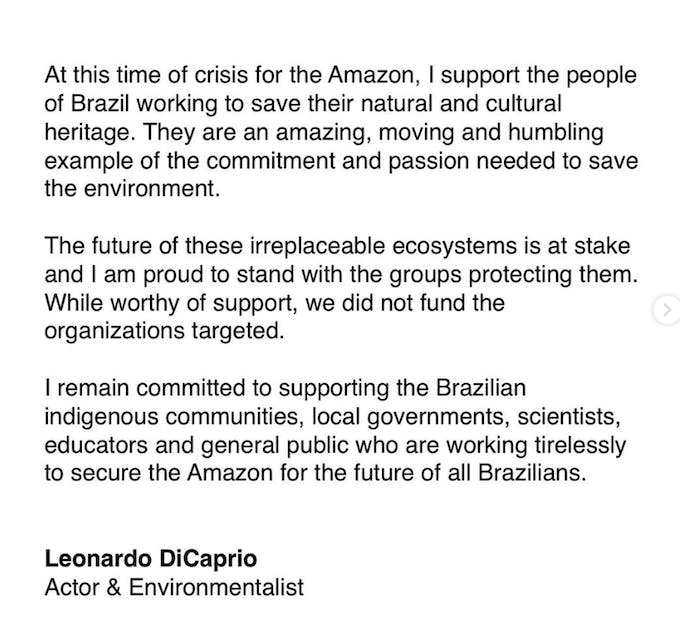 Both the NGO in question, the World Wide Fund for Nature, and DiCaprio denied the allegations. The actor reiterated the importance of defending the Amazon rainforests, 60 per cent of which lie in Brazil.

Bolsonaro, whose policies have increased land-clearing in the rainforest by farmers and loggers, offered no evidence to back up his claims.

He remained defiant even as parts of the Amazon were ablaze this year, denying that the biodiversity hotspots were being devastated. The clearing of land for crops or grazing is believed to have caused the fires.

During Southeast Asia’s worst haze episode since 2015, Yeo threw shade on her Indonesian counterpart, Siti Nurbaya Bakar, for suggesting that Malaysia was not transparent about its own forest fires.

Yeo posted data from the Asean Specialised Meteorological Center that showed the vast majority of hotspots occurring in Kalimantan and Sumatra in Indonesia. “As for her claim that the haze is from Sarawak, just look at the wind direction. How is it logically possible?” Yeo said.

Asia Pulp & Paper’s (APP) Sritaba was responding in October to a study by a coalition of Indonesian organisations and the Environmental Paper Network. The authors said APP is mired in more than 100 active conflicts over land rights with rural communities in Sumatra and Borneo, and has resisted demands from activists to be transparent about progress in settling the disputes.

Sritaba said the firm withholds information to guard agreed-upon resolutions, as environmental and social NGOs have sometimes tried to interfere after disputes were settled. 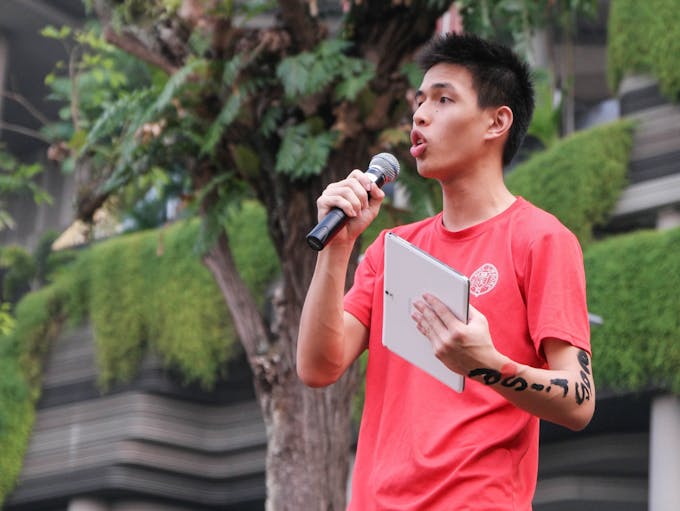 Speakers said the official narrative around Singapore’s climate impact—that it is too small to worry about making major reductions, as it contributes to just 0.11 per cent of global emissions—masks the impact of the carbon-intensive petrochemicals industry. The refining and petrochemicals sector, clustered on Jurong Island, contributes 45 per cent of the country’s emissions.

Rally organisers want Singapore’s emissions to peak by next year, halve by 2030 and reach net zero by 2050.

But the event also drew fossil-fuel supporter Henry Chew, who likened environmentalism to a “secular cult”.

Low-lying Singapore could spend S$100 billion (US$72 billion) or more over the next 50 to 100 years to adapt to climate change, said Lee in August.

It is especially vulnerable to rising seas because much of the island lies no more than four metres above the mean sea level. It is also located in Southeast Asia, which scientists have said will bear the brunt of melting ice sheets in the Arctic and Antarctic.

Lee said the country could establish polders and seawalls, or reclaim a series of offshore islands.