There is still much hope for life on earth. Throughout 2018, efforts to protect habitats and conserve threatened species increased, and conservation funding to protect oceans received a boost.

“I like to envision the whole world as a jigsaw puzzle with all the pieces scattered all over the place. If you look at the whole picture it is overwhelming and terrifying, but if you work on your little part of the jigsaw and know that people all over the world are working on their little bits of it, that’s what will give you hope,” Jane Goodall, the world-renowned primatologist and conservationist and Mongabay adviser, says in a post on her Facebook page.

Hope for global conservation is what we wish to evoke in our readers with some of the more upbeat environmental stories from the past year that we have pieced together from around the world in this list. These include some of your favorite happy stories, from the expansion of protected areas for wildlife, cancelled reclamation projects that posed coastal ecosystem threats, to the impactful role of indigenous communities in conservation.

This year, we saw substantial efforts to beef up protection of areas that are important for wildlife. The government of Belize created one of Central America’s largest biological corridors to provide safe passage for wild animals like jaguars, pumas and Baird’s tapir to move freely between two big reserves in the country. This highly important corridor would not have been achieved without the commitment of the government, conservation groups and private landowners in conservation initiatives.

Last month, Honduras pledged to protect a third of the tropical rainforests found in the Moskitia landscape, Central America’s second-largest rainforest, where one of the wild places in the region exists. This commitment can “change the course of history” for the country in protecting the region’s abundant wildlife, carbon stocks and indigenous groups from recent incursions by ranchers.

Apart from protecting the habitats of threatened species, a study showed that protected areas can also provide refuge for animals during armed conflict, as was the case in Manas National Park, a protected area in the northeastern Indian state of Assam, in the Himalayan foothills. From the late 1980s until 2003, ethno-political violence rocked the park, linked by an important wildlife corridor to Bhutan’s Royal Manas National Park.

2. Rhinos get a fighting chance

The key starter for conservation success is strategic communication, which was instrumental in Nepal’s effort to tackle the loss of the country’s rhinos. It has also brought a global spotlight to the South Asian nation’s commitment to saving the big mammal.

Similarly thrilling in rhino conservation came this past November from Indonesia. A female Sumatran rhino was captured in the country’s part of Borneo and moved to a local sanctuary as part of an initiative to conserve the near-extinct species through captive breeding. See photos of the adorable rhino Pahu here. 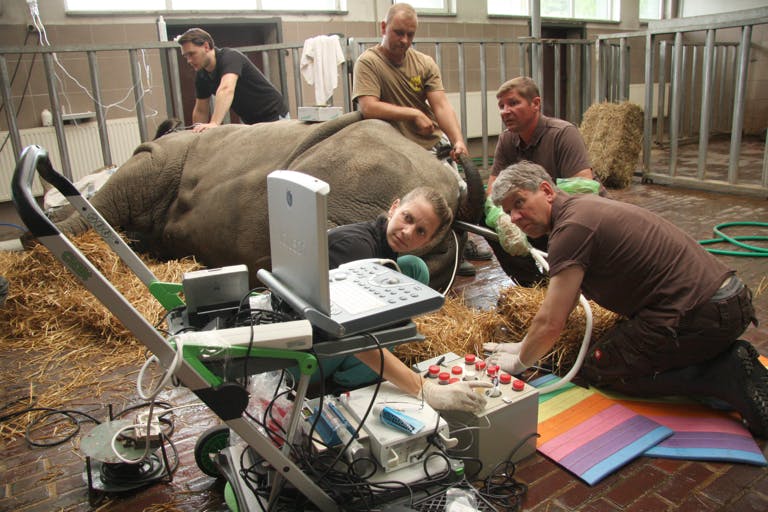 3. Pics show it did happen

Camera trap photos and video have allowed us to learn what wild animals are really like in their habitat. This past February, researchers captured rare video of a newborn western lowland gorilla (Gorilla gorilla gorilla) in the rainforests of Nouabalé-Ndoki National Park in the Republic of Congo. The baby is the offspring of a female gorilla named Mekome and a male silverback named Kingo.

Camera traps are a great way to monitor wildlife activities, but sometimes they also capture species thought to be extinct. A camera trap in Gabon’s Batéké Plateau National Park snagged an image of a spotted hyena (Crocuta crocuta), which was believed to have vanished two decades ago. The discovery has given conservation groups hope that protection of the park is working and allowing wildlife to return.

In an Indonesian national park home to the world’s last population of Javan rhinos, a network of camera traps has become a benevolent Big Brother, yielding the first ever video of the species mating in the wild. What’s even better is that the female rhino is now pregnant!

One of the camera traps also showed a female Javan rhino with her baby, giving park officials and conservationists greater hope for the survival of this elusive species. The population appears to be holding steady at a minimum of 68 individuals. A separate group of wildlife photographers also got jaw-dropping pics and video of a wallowing Javan rhino. Catch the 12-minute video here. 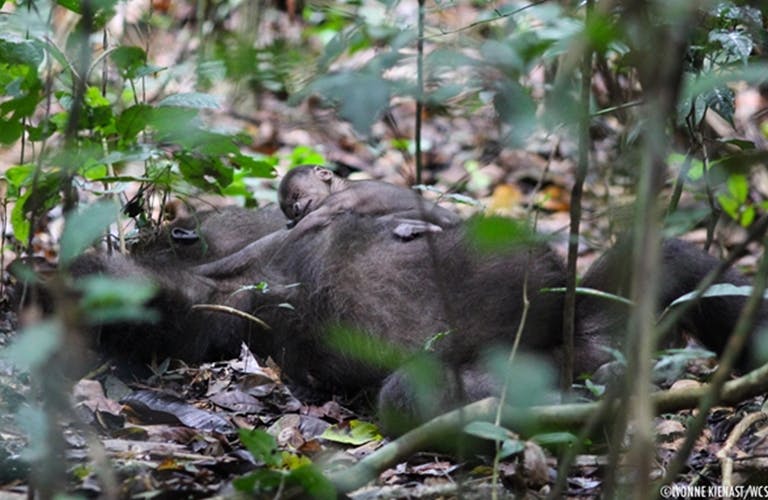 4. A Colombian sanctuary for once-trafficked birds

Colombia is home to the most important aviary in South America, a sanctuary containing almost 2,000 birds. The privately run National Aviary of Colombia is now home to 165 different species rescued from illegal wildlife traffickers. Read about how this facility got its start here.

5. Teaching wildlife to conserve themselves

Today, conservationists are using techniques first practiced with dolphins many decades ago to train a surprising number of wild species, ranging from chimpanzees to butterflies. One of the key goals is to teach animals in the wild to avoid human beings—people often being the most dangerous creatures in the jungle. “Whether you’re talking about a butterfly or you’re talking about a Harvard graduate, we all learn the same way,” says professional wildlife trainer Ken Ramirez.

6. Power to the people

A team of indigenous parabiologists in Bangladesh’s Chittagong Hill Tracts, documenting their forest’s wildlife, have uncovered a surprisingly wide range of species. The parabiologists belong to the Mro ethnic group, and with a Dhaka-based nonprofit conservation group, monitor hunting and consumption of turtles and other wild animals in villages; act as protectors of hornbill nests, and serve as community leaders. The Mro parabiologists have become so critical to the researchers’ work that they are regularly listed as formal co-authors of scientific papers.

Many indigenous groups in Uganda have traditional beliefs that encourage ape conservation. However, rapid population growth in the 20th century increasingly brought humans and gorillas into conflict. Today, conservation groups are working to harness traditional knowledge to protect apes, and to develop new techniques that allow humans and gorillas to coexist in peace.

Meanwhile, the illicit demand for their horns and other body parts has pushed rhino populations in both Africa and Asia to the brink of extinction. In northeastern India, though, one father-daughter team is hoping another rhino product can help save the species: its dung.

Exorcism may not be in the modern conservation textbook, but the act is part of the work of indigenous women, and older women in particular, in the Kawawana ICCA of Senegal’s Casamance region. In protecting their forest and rivers, these women enforce community-imposed environmental rules. Infractions like fishing or cutting wood outside of designated areas are blamed on possession by bad spirits, whose exorcism is part of the social punishment that keeps violators from doing it again.

In the Brazilian state of Pará, riverine communities along the Xingu River basin are running their own trading posts that are significantly boosting the income of their members. These improvements mean that it’s now economically viable for the families to go on living sustainably in the forest, and the rural exodus is being reversed.

Timor-Leste is trying to figure out how to sustainably tap its fisheries and other valued marine resources. Since the country gained independence in 2002, traditional laws known as tara bandu to govern the management of natural resources have been revived to control the exploitation of forests and oceans. This three-part series looks at how Maubere tribes are reviving customary law to protect the ocean, talks to traditional fishers on reviving depleted fish stocks, and finds out how the eco rules are rooted in tradition.

Republished with permission. Read the rest of the stories at Mongabay.com.