A new campaign launched by Forest Heroes against luxury hotel chain Mandarin Oriental sheds light on its links to palm oil company Astra Agro Lestari, which has been accused of deforestation and habitat destruction in Indonesian rainforests.

With slick visuals that juxtapose the hotel’s luxurious interiors with ravaged landscapes, the ‘She’s not a fan’ campaign spoofs the Mandarin Oriental’s own marketing initiative - which plays on its logo of a paper fan by profiling celebrities as fans of the hotel - to draw attention to the irresponsible practices in Indonesia’s palm oil industry.

Campaigners - who have been protesting this week outside Mandarin Oriental hotels in London, New York, and Jakarta dressed as elephants - point out that Jardine Matheson, which owns Mandarin Oriental, is also the parent company of Indonesian palm oil firm Astra Agro Lestari.

Jardine is Bermuda-incorporated and is listed on the London and Singapore stock exchanges.

The three companies also share a common figurehead: Mandarin’s chairman, Ben Keswick, is also the Managing Director of Jardines and Astra’s commissioner, which is a position on the company’s board of directors.

Astra is carrying out deforestation in the Indonesian provinces of West Kalimantan and Central Sulawesi, and its operations in Sampoiniet, Aceh, are destroying the habitat of the Sumatran elephant, said Forest Heroes.

It pointed out that Astra is the biggest palm oil producer which is not yet a member of the Roundtable on Sustainable Palm Oil (RSPO), an industry association that certifies sustainably grown palm oil and counts most of the world’s largest palm oil producers and traders as members.

Deborah Lapidus, director of the Forest Heroes campaign, said that “staying at the Mandarin Oriental sends profits to one of the most environmentally destructive corporations on the planet”. 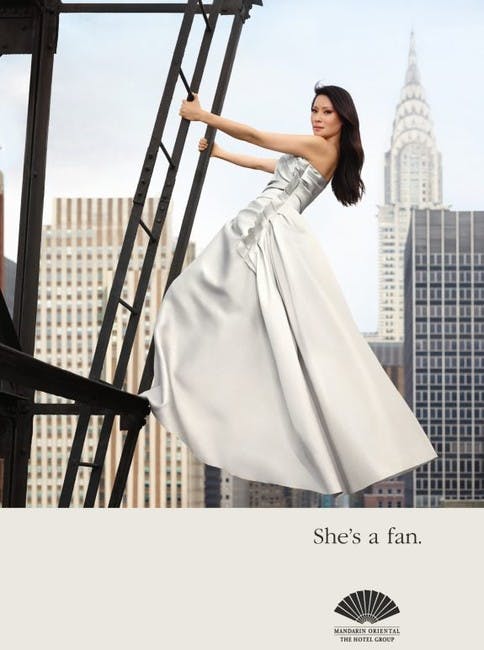 The report found that Astra, which is Indonesia’s second largest palm oil producer by area, has been responsible for more than 14,000 hectares (ha) of deforestation between 2006 and 2014, and the destruction of 27,000 ha of carbon-rich peat since 2009.

The latter activity has released 2 million tonnes of greenhouse gases, equivalent to annual emissions from 830,000 cars.

It also noted that the company in 2008 had encroached on 250 ha of Sumatran tiger and elephant habitat in Aceh province.

It added that Astra’s plans to operate a new mill in the area, which were reported in the Indonesian press in September 2014, would destroy more of this important habitat.

Both the Sumatran tiger and elephant are classified as critically endangered by the International Union for the Conservation of Nature.

An Astra subsidiary is also involved in land disputes with indigenous communities such as the Orang Rimba in Jambi, Sumatra, said the report.

While much of the palm oil sector has transformed itself through No Deforestation, No Peat, and No Exploitation commitments, Astra is the leading advocate for continuing to cut down forests.

Investigators behind the report said that Astra and its subsidiaries should change its errant practices or risk being terminated as a supplier by palm oil giants such as Musim Mas, Wilmar and Golden Agri-Resources.

These companies together account for almost half of Astra’s revenue last year, and all have promised to ensure that their suppliers operate responsibly.

It is also Jardine Matheson’s responsibility to its shareholders to require Astra to adopt more responsible production and sourcing procedures, said the report.

It said that if this is not done, Astra’s parent company risks being excluded by the Norwegian Government Pension Fund Global, the world’s largest sovereign wealth fund that has committed to avoiding investment in companies which cause environmental damage.

Hanna Thomas, palm oil campaigner with SumOfUs.org, noted: “While much of the palm oil sector has transformed itself through No Deforestation, No Peat, and No Exploitation commitments, Astra is the leading advocate for continuing to cut down forests.” 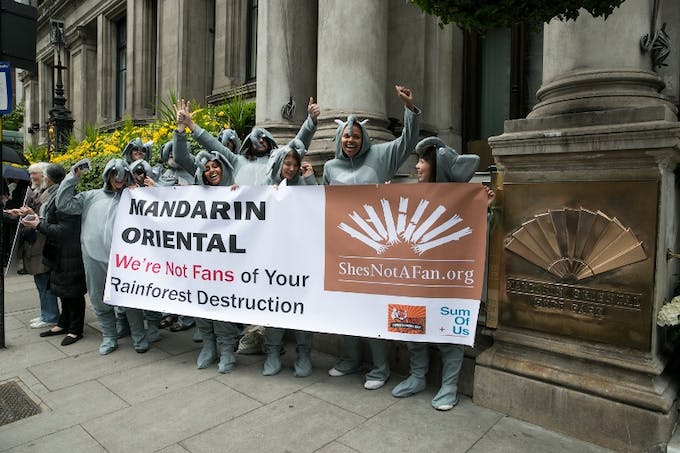 As evidence of this, the campaign pointed to statements made in 2012 by Astra senior director Joko Supriano, who also heads the Indonesian Palm Oil Producers Association, that it is “irrelevant” to link palm oil expansion to deforestation, and causing the deaths of orangutans.

According to an unnamed palm oil executive who spoke to the report’s investigators, “he (Supriyono) is the single biggest obstacle to progress by the Indonesian government”  on forest protection.

In an official statement, Jardine Matheson refuted the campaign’s claims, saying that Astra’s “sustainability practices are among the best in the industry”.

Astra has welcomed the new Indonesian Palm Oil Pledge (IPOP) and is “actively working towards signing up,” the company added.

IPOP is an agreement made last September by palm oil giants Asian Agri, Cargill, Golden Agri-Resources, and Wilmar, along with the Indonesian Chamber of Commerce and Industry, to ensure that their operations do not destroy forest or peat lands, and that they work with the Indonesian government on policy reform.

Astra also issued a statement saying that it “takes environmental stewardship very seriously and has won numerous environmental awards”, adding that it complies with Indonesian laws and regulations, and has gone beyond them to implement practices that are outlined in an annual sustainability report.

Astra “only ever develops plantations on land designated” by the government for plantation use, and all its plantations are outside protected forests and conservation areas, said the company.

It also confirmed to Eco-Business on Tuesday that “there is no plan to open a palm oil mill in Sampoiniet, Aceh”.

Mandarin Oriental, in a separate statement, sought to clarify that it is a separate public company from Astra, and that its own sustainability practices are “among the best in the hospitality industry”.

Astra has a long record of obstructing these efforts, but we hope they can put that legacy behind them and become a leading champion of conservation.

Joel Finkelstein, communications director, Forest Heroes, told Eco-Business that Astra’s announcement that no new mill would be built in Sampoiniet was “great news”, but pointed out that given the media coverage last year, it was clear that “they very recently had plans to do so”.

The new decision merely reflected a change in the company’s plans, he said. When asked to comment on this, Astra declined to elaborate on the timeline or details of the decision process regarding the milll.

Finkelstein also said that Astra’s plans to sign onto IPOP was a positive development, as it would require them to promise ‘no deforestation, no peat, no exploitation’, a commitment the company has not yet explicitly made.

But Astra’s conspicuous absence RSPO remains a problem, because “the company’s operations are very opaque, in part due to the fact that it is not an RSPO member”, said Finklestein.

He urged Astra “to immediately disclose all of its plantations and subsidiaries’ plantations as well as full information on its third party suppliers”.

The company should also certify that it has stopped clearing land that is forest, peat, or has a high conservation value, and has resolved any community conflicts, he said.

He added that Astra also had an “ethical obligation” to restore as much forest and peat as it had destroyed in the past.

Astra “has a long record of obstructing these efforts, but we hope they can put that legacy behind them and become a leading champion of conservation”, said Finkelstein.