Realising that prevailing methods for innovating don’t work well for sustainability, 50 practitioners have come together to establish IxSA, the first-of-its-kind network and manifesto for sustainability innovation.

In recent years, sustainability and innovation have grown in importance as businesses find new ways to balance their long-term success with making a positive impact on the environment and society. As accelerator programmes, incubators and hackathons sprouted rapidly around these themes, many practitioners realised that a common language for approaching the new discipline of sustainability and innovation was missing.

Those working in the field were creating their own approaches as prevailing methods for innovating didn’t work well for sustainability innovations, but these efforts were dispersed.

With 50 other co-creators around the globe, Sang Shin, director of digital innovation at Singapore state investor Temasek, launched on Monday the Innovation x Sustainability Alliance (IxSA) — a community of people with a new mindset and manifesto for sustainability innovation.

Built on a bedrock of six principles, the manifesto aims to trigger change in the sustainability startup ecosystem by establishing a set of fundamental principles for innovation. 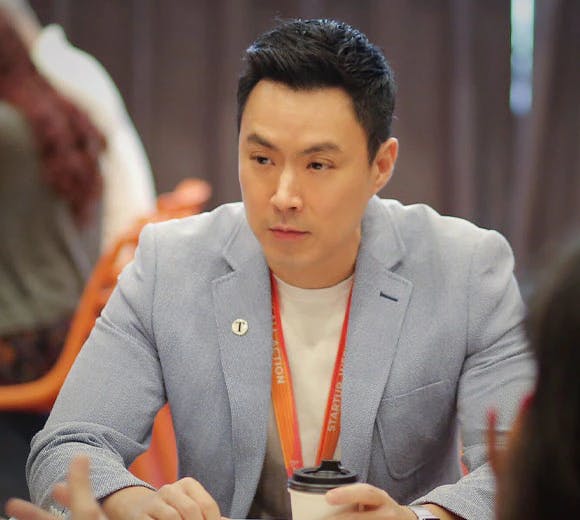 The six principles include being authentic and transparent, focusing on impact as a measure of success rather than profit, and taking pride in both doing well and doing good.

The world has reached a point of “peak ambivalance” towards sustainability issues, where the only path forward is to start caring more, said Sang. “The science and technology progressed over the years and we can no longer hide behind the excuse that we don’t know about these problems.”

Changes in social and political culture, and the explosion of social media platforms have also given rise to increasing awareness about sustainability issues. Given this backdrop, IxSA hopes to launch a new movement that transforms the way innovation is done for sustainability.

Somehow we’ve come to believe that if you’re doing something good, it’s not right to make money. And if you make any money doing good, you’re not being genuine.

In this interview with Eco-Business, Sang Shin talks about the origin of IxSA, how people that do good should be paid more, and what the group hopes to achieve.

How did IxSA come to be?

The process was completely organic, it came out of a problem that all of us were facing as practitioners in the intersection between sustainability and innovation. As we ran our own programmes, accelerators and hackathons around the world, we realised that we were already tinkering with our models because we knew that traditional ways of running innovation wasn’t working well for sustainability.

Then we thought to ourselves, ‘Why are we doing it separately? Let’s get together.’ When we researched and realised that there wasn’t anything out there that galvanised practitioners like us and outlined a new way of doing things, we figured, why don’t we just create it ourselves? And so that’s the genesis of IxSA.

Essentially, IxSA is a different way of approaching innovation—no different from the Agile Manifesto. 20 years ago, it was essentially a revolt against the way software was being engineered. And today, Agile has really changed the world. Similarly, we don’t agree with some of the practices today. Our manifesto outlines a new approach.

For those who aren’t familiar with software development, how far-reaching or important was the Agile Manifesto? And does IxSA aim to have as much impact?

I’m fairly certain that every executive board in every mid to large-sized corporation in the entire world knows what Agile is, because it has transformed the way corporates operate, particularly by doing incremental development. It started with software, but it worked its way into everything—do everything incrementally, don’t do things with a big bang approach, and iterate and learn along the way.

So our hope is that it’s a mindset change, and it evolves into something even beyond sustainability innovation. In fact, one of the core principles is ‘mental wellbeing is the elixir of success’. And while this principle is very applicable to sustainability, it is not limited to that.

I wanted to ask you about the fourth principle, which is ‘there is no shame in doing well and doing good’, could you speak more about that?

It’s an issue that I think has been inculcated in our culture. Somehow we’ve come to believe that if you’re doing something good, it’s not right to make money. And if you make any money doing good, you’re not being genuine.

There are a lot of expectations that if you’re doing something good, it should be non-profit, or you should work extra hours and not get paid for it. That kind of mentality exists today, maybe subconsciously, as an individual or collectively in society.

We need to change our way of thinking around this. We propose that if you’re doing something good, you should get paid more.

What does the group hope to achieve?

First of all, we’re already a network of people. So immediately, there are synergies and collaboration opportunities for people to work together to find solutions and provide expertise. If you look at our last principle, ‘inclusivity extends beyond people’, that’s also inclusivity in programmes, inclusivity in efforts.

Ultimately, our goal is that to have this mindset change for people involved in sustainability innovation, not too different from the United Nations Sustainable Development Goals (SDGs). Before that, talking about sustainability was messy because there are so many different broad categories of sustainability. The SDGs helped to define them. When you mention any SDG number now, everyone knows what you’re talking about.

Similarly, if people embrace and understand what the IxSA principles are, the moment you meet another person who also embraces or endorses what IxSA stands for, then you know that there’s an alignment in the six principles.

Did you find that these principles were something that was lacking within the community, or were they something that everyone had already embraced, but nobody had put into words?

More the latter, nothing we have put together here is earth-shatteringly new. All of these principles were being discussed, analysed, and even put into practice in a very decentralised way. To some degree, it was implicitly understood, so this is our attempt to make it explicit.

Now that you’ve released the manifesto, how are you feeling about the launch?

I’m very hopeful. I’ve done startups before, with products and services. But this one’s very different. With IxSA, we’re launching a mindset and a movement, which is completely ephemeral and infinitely scalable. It seems like we’ve got some very interesting people who share common goals as I do, and are putting their time and effort into it as well. The hope is that people resonate with it and we build on it as time goes on.