District energy systems, a more sustainable way of cooling and heating buildings, could be key to Malaysia’s climate change mitigation plans as it revs up its development of commercial centres and industrial parks. Eco-Business looks at the country’s strategy to adopt the technology.

District energy systems, a more sustainable way of heating and cooling buildings, have been around for more than 120 years, but they are only now getting their day in the sun. From Paris to Singapore and Dubai, more cities are deploying the tried-and-tested technology to reduce their energy use and carbon emissions.

According to UN Environment, a United Nations agency, a transition to these systems can help cities to reduce their primary energy consumption for heating and cooling by up to 50 percent. They also form the central infrastructure for many cities’ 100 percent renewables or carbon neutral targets.

In Asia, Malaysia has teamed up with UN Environment to boost the use of district energy in Iskandar Malaysia, a growth region in southern Malaysia, and other parts of the nation of 30 million people.

In April 2017, the Iskandar Regional Development Authority (IRDA) and the UN Environment-led District Energy in Cities Initiative announced that they would develop planning guidelines and other policies to encourage the installation of district energy systems in Iskandar and elsewhere in Malaysia.

Experts from the District Energy in Cities Initiative will contribute their expertise in barrier and opportunity analysis, technical assessment, identification of regulatory gaps and development of initial strategies to unlock Iskandar and Malaysia’s district energy market and outline the technology’s potential use.

The initiative consists of 38 public and private partners, including non-government groups, industry associations, utilities, manufacturers and firms such as the French energy company ENGIE Group, as well as 45 cities across the world. It is helping six other countries, namely China, Chile, India, Morocco, Serbia and Bosnia & Herzegovina, to adopt the technology or improve their systems.

Unlike conventional air-conditioning and heating systems, district energy systems consist of a network of underground pipes that pump hot or cold water to multiple buildings in a district, neighbourhood or city. They are able to use larger sources of heating and cooling, such as waste heat from power stations, which cannot be connected to a single building.

The district cooling system in Singapore’s Marina Bay precinct, for example, has reduced its customers’ energy use for air-conditioning by more than 40 percent compared to traditional air-conditioning systems. Other cities that have deployed the technology include Milan and Frankfurt. 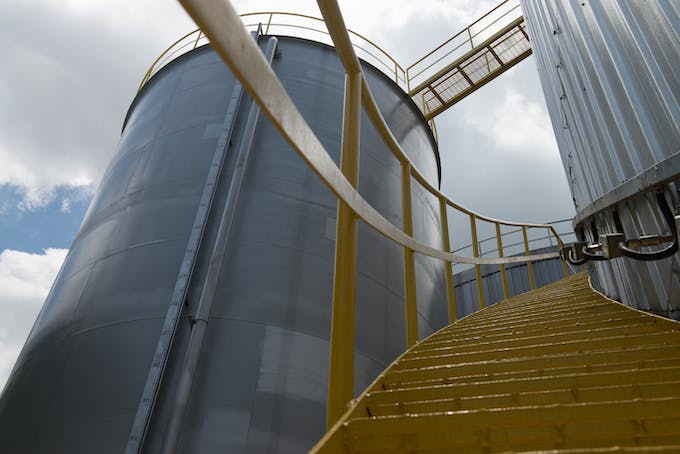 Malaysia now has several district cooling systems, including its largest one in Cyberjaya, a town with a science park in the west coast state of Selangor. That system, called the Megajana District Cooling System, was built by ENGIE and Malaysia’s Pendinginan Megajana Sdn Bhd, a subsidiary of tech hub enabler Cyberview Sdn Bhd.

Since 2012, when the system’s second district cooling plant was completed, it has helped the town to reap the equivalent of 8.2 gigawatt hours in electricity savings and avoid 4,100 tonnes of carbon dioxide emissions. ENGIE has also provided insights on the Malaysian district cooling market to IRDA.

Still, there are several barriers to the adoption of district energy in Iskandar and elsewhere in Malaysia.

“While IRDA has always encouraged developers to use green technology, there is no specific body to regulate the development of district energy. Such systems also involve high capital expenditure,” said IRDA chief executive Ismail Ibrahim.

“Moreover, there are no specific acts or regulations applicable to district energy in Malaysia. Local policies therefore need to be established regarding planning permissions, connection policies, fixing of tariffs, incentives, and promotion and capacity building,” he added.

Mark Radka, chief of the Energy and Climate Branch at UN Environment, added that other obstacles include a lack of funding for early-stage assessments of projects, and a lack of awareness about district cooling systems’ benefits and innovative business models that incorporate them.

“State-level, national and international best practices on district cooling technologies, business models, policies and regulations need to be transferred to new projects in Iskandar. UN Environment and IRDA’s collaboration will ensure that such global best practices are shared effectively and lead to concrete projects and policies,” he said.

The planning guidelines in the works will make it clear to master planners and developers when district cooling should be considered, and recommend best practices for its development. These guidelines will be applicable to Iskandar at first but could be adjusted for other regions in the country later.

“This work will adapt successful international planning guidelines to the Malaysian context and include land requirements for energy plants, best practice capacity and type of thermal storage, as well as information on planning for and delivering the integration of renewable technologies and third party access,” said Lily Riahi, advisor on Sustainable Energy in Cities to UN Environment.

IRDA, for its part, will establish a networking taskforce to help diverse stakeholders share their experiences and encourage the use of district energy systems. UN Environment and the initiative’s members will participate and help to identify and promote new policies and regulations such as tariff methodologies and regulations, and the fair incorporation of district cooling into building certificates.

A tool to fight climate change

Sedenak, a small town just outside the city of Johor Bahru in the southern state of Johor, will be the first test of the partnership between IRDA and the District Energy in Cities Initiative. About 700 acres in Sedenak will be developed into a data centre similar to Selangor’s Cyberjaya, and IRDA plans to use district cooling to reduce its electricity use.

“The data centre’s expected electricity usage is about 600 megawatts, and district cooling could reduce that by up to 35 per cent. We’re looking at alternative energy sources from biomass and waste-to-energy for district cooling,” said Ismail.

Radka added that the initiative will ensure that the data centre’s developers have access to international best practices and examples gleaned from the district cooling of data centres in Helsinki, China and other countries, as well as ENGIE’s Megajana system.

The Sedenak project could set the stage for similar deployments in Iskandar and beyond. “The rapid development of commercial centres and industrial parks in Iskandar will create a huge demand for cooling and heating. Centralised heating and cooling through district energy systems will significantly decrease their energy usage and increase cost savings,” said Ismail.

According to a 2013 report by the Asian Development Bank, Malaysia could triple the scale of its district cooling industry to a built-up capacity of 575,000 refrigerant tonnes, the equivalent cooling load of up to 12 million square metres of commercial floor space. With the pace of Malaysia’s real estate market growth, and the numerous successful district cooling systems being commissioned across the country, this potential could be even higher.

District energy systems could help Malaysia to achieve its Paris Agreement pledge to reduce its greenhouse emissions by 45 percent by 2030, and cut 32 million tonnes of carbon emissions by 2020.

As Riahi put it: “District energy is not a new idea, but it has found new relevance in a world seeking practical solutions for the transition to clean energy and climate change, by simultaneously reducing emissions and boosting the uptake of renewables.”