As Singapore’s National Development Minister, Khaw Boon Wan oversees policies that guide the country’s urban planning and development; as Health Minister previously, he also helped steer the country through one of its greatest crisis when SARS hit the region in 2003. Here, he speaks to Jessica Cheam in an interview for the Centre for Liveable Cities on the lessons learnt, and why he thinks that a society’s resilience is defined ultimately by the spirit of its people.

What does ‘resilience’ mean to you? How do you think Singapore fares in terms of being a resilient nation, city, and people?

There are a few academic definitions. The Rockefeller Foundation, for example, defines city resilience as “the capacity of individuals, communities, institutions, businesses, and systems within a city to survive, adapt, and grow no matter what kinds of chronic stresses and acute shocks they experience”.

Personally, I measure the resilience of a community by how they respond to a disaster when it strikes. The Kobe earthquake in Japan in 1995, for example, was a major catastrophe resulting in the loss of many lives and cost billions of dollars in damages. But the Japanese demonstrated a high level of resilience – there was no loss of law and order, or futile finger pointing.  The people just focused on the immediate tasks of rescue, recovery and rendering mutual help.  It was an inspiring response.

In this regard, Singapore also did well when the viral respiratory disease called SARS struck the region in 2003. There was extensive fear among the population as the nature of the virus was unknown. This was amplified when some hospital staff began to fall ill and died.

The disease struck the economy hard – the roads, Changi Airport and hotels were deserted.  But Singaporeans rallied behind the Government, looked out for one another, and cooperated fully with medical staff. We overcame the crisis and emerged stronger as one people. This is a mark of resilience.

More recently, the response of Singaporeans to the death of our first Prime Minister Lee Kuan Yew was another mark of unity and resilience.  The spontaneous outpouring of grief and gratitude for Mr Lee, with more than a million people braving the sun and the rain, waiting patiently for hours to show their respects (far too many commas) or helping to manage and serve the crowd, was deeply touching. This gives me confidence that Singapore will survive and continue to thrive, come what may. 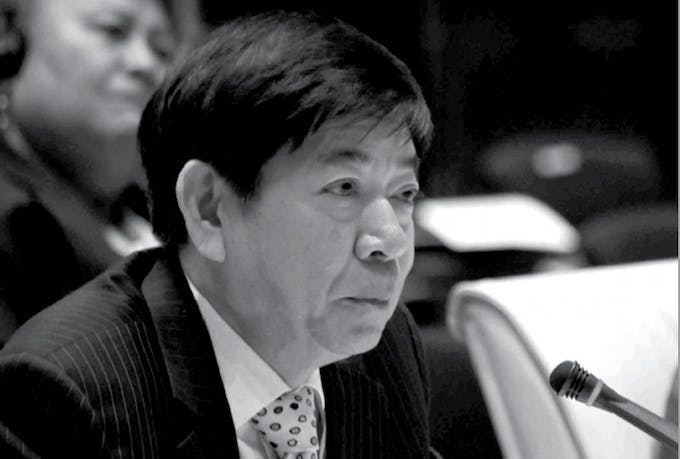 You mentioned the SARS crisis earlier. Can you share your experience in handling it as chief of the SARS combat unit? What has Singapore learnt from it?

We can plan and carry out contingency exercises regularly to raise awareness and sharpen acuity, but the response of the people is crucial. A key ingredient is trust in one another, and trust in the Government.  Without this, rules will not be followed and the breakdown of law and order will quickly lead to civil strife and further escalation of the crisis.

Indeed, SARS exposed the vulnerabilities of several cities and some did better than others. Fortunately, Singapore did well and had minimal casualties, but we should not be complacent.

There will always be future disasters and tests of our resilience. While we should not be paranoid, a realistic sense of our vulnerabilities will help us to be prepared and vigilant.  The key is to be mindful that we face these threats together as a community, and we are stronger when united as one.

The Ministry of National Development (MND) has a vision for Singapore to be an ‘endearing home and a distinctive global city’.  What are some of its policies which help build social and community resilience?

Hardware facilitates but it is the software - the heartware - which defines resilience.  Do we care for one another in times of crisis?  Do we put community interests above individual interests?

One example of this is what we call ‘kampung spirit’ here. We had plenty of this in the old days.  In the kampung (Malay word for ‘village’), we knew and cared for one another. We shared meals, celebrated festivities and grieved together.

With modernisation and urbanisation, we lost some of this spirit.  But I believe a modern kampung is not an oxymoron.  Both elements can co-exist, but they cannot be achieved through a decree or through legislation. It has to be a ground-up effort with local ownership and support. Governments can facilitate this with supportive hardware and sensible policies, but the residents must themselves believe in it.

This is why our public housing policies have always sought to foster strong family ties.  We have many policies and incentives to help extended families live together or close by for mutual care and support.  We believe that strong family relationships are the foundations of a stable society and they will strengthen the social fabric in our towns, which will be critical in times of crisis.

Housing has played a crucial role. The Housing and Development Board (HDB) is a developer but we are no ordinary developer. We do not just build flats, we build cohesive communities.  We measure our success not by how much the values of the HDB flats have increased over the years, but by how many residents are emotionally attached to their HDB towns.  We are proud to note that most HDB residents - 60 per cent of them - continue to live in the first homes they bought years ago.

Our policies also extend to the larger community: As a multi-racial and multi-religious society, inter-racial harmony is a key pillar of resilience.  This is why we impose an ethnic quota to ensure that all races are adequately represented in all our towns.  This way, children grow up with neighbours and classmates from different races. This ensures close racial integration and promotes mutual respect for one another’s culture, traditions and religious beliefs.

Even while we offer spaces for individuals to practice their own religion, we are careful to ensure that common spaces are secular and different races can live, work and play together.

Hardware facilitates but it is the software - the heartware - which defines resilience.  Do we care for one another in times of crisis?  Do we put community interests above individual interests?

Besides housing policy, how else does MND’s work contribute to building the  city’s resilience?

Beyond housing,we plan and provide common amenities to promote neighbourliness and interaction, which will strengthen our social fabric.  These shared spaces such as schools, parks, food centres, sports facilities and neighbourhood shops are the result of deliberate planning. They are distributed across Singapore and serve residents from both public and private estates.

Some other initiatives include our popular ‘Community in Bloom’ programme, which brings residents together with meaningful community gardening events.  They make new friends, pursue a healthy hobby, and put vegetables on the dining tables too.

Our many parks and park connectors make Singapore a ‘Garden City’, and they also enable people from all races, ages and socio-economic status to socialise and forge shared experiences in appreciating nature. In this regard, we owe much to Mr Lee Kuan Yew, who had a vision that Singapore can enjoy the benefits of urbanisation without losing our link to nature.

A shared appreciation for a quality living environment also builds resilience among our people. As we approach the physical limit of our size, we will face new challenges.  But technology and human ingenuity can overcome these.

In recent years, for example, our architects and landscape experts have been creative in greening our tall buildings and rooftops. We will continue to innovate and protect our natural areas and enhance our biodiversity.  As Sir David Attenborough remarked in a recent TV documentary, “A Wild City”, Singapore is a city in a jungle.  Within half an hour from Orchard Road, you can have close encounters with otters, hornbills, flying foxes, ant eaters – not in the Zoo, but in their natural habitat!  Very few cities are as rich in biodiversity.

How do you think physical planning and infrastructure plays a role in helping a nation be resilient to disasters, shocks and stresses?

MND’s work also includes tackling climate change. It is a global problem that requires a global solution. We are tiny but we can still make a contribution. For example, together with the United Nations Environmental Programme (UNEP), Singapore’s Building and Construction Authority (BCA) established the BCA Centre for Sustainable Buildings – the first in Asia to help developing countries develop green building policies and actions.

Within Singapore, we have set a target of greening 80 per cent of our building stock by 2030. This will play a key role in reducing carbon emissions from the building sector.

Domestically, we are taking measures to prepare our city for the adverse impacts. For example, we are reclaiming land to a higher level above the sea to cater for potential long-term sea level rise. It is more costly but as an infrastructure investment over a century, it is a necessary and worthwhile preventive measure.

Hardware helps. There is no shortage of technical experts on urban planning and emergency response who can guide and offer solutions. But hardware alone is not sufficient. It is the spirit of the people which will determine if a community or a nation bounces back from a disaster and stands tall again.

Singapore’s civil society is maturing and people want to contribute and be involved in the shaping of the country’s future.  How can we tap this energy to build a more resilient society that can cope with potential shocks to the city?

It is a natural and healthy development.  Better educated people will want to have a greater say on how their country is run.  We should facilitate and promote such participation by encouraging more frequent, broader and deeper public consultations.

For example, we are planning to conserve a historic, unused 24 kilometre-long railway track known as the Rail Corridor, which will help raise the quality of life of a million residents who live within walking distance of the corridor.  We are spending time to gather the views, suggestions and feedback of residents. We are confident that the results will be outstanding but the process is even more important than the outcome. This is the people’s rail corridor, so they shall have a say in its creation.

What happens when such decisions prove divisive? For instance, when citizens strongly disagree with a decision taken by the government? This happens in many countries worldwide.

It is normal for a society to have disagreements on issues.  We encourage everyone to engage in robust debates and share perspectives.  We may not always agree with one another, but it is important to come together amicably to understand one another’s point of view.

At the end of any debate or public consultation, some decisions have to be taken and trade-offs made.   The chosen solution will not be able to please all, but it must serve the nation’s long-term interest.  We respect differing views but we must get on with nation building.  That is the only way to avoid paralysis and stagnation.

This interview has been republished with permission. Urban Solutions is produced by the Centre for Liveable Cities, Singapore.