Development banks have vast sums of money to fund renewable energy projects in Asia, but 'Kafkaesque bureaucracy' and an opaque process for awarding funding is frustrating social entrepreneurs who need help to scale their businesses.

The struggles that renewable energy entrepreneurs face working with development banks became apparent at a conference in Singapore last week, when Pakistan solar company boss Shazia Khan criticised a panel of financiers for a lack of transparency over how young businesses qualify for funding.

Khan, who was attending a panel discussion at the Unlocking Solar Capital Asia forum on September 28, is chief executive and co-founder of EcoEnergy, one of a surge in startups to emerge in the off-grid energy sector over the last decade. Her company, now in its eighth year, provides solar energy to unelectrified parts of Pakistan.

Though the distributed energy market is rapidly expanding, there is pressure on companies to show high growth in a short period of time, and securing financing is not easy. This is particularly true of pay-as-you-go (paygo) solar companies like EcoEnergy, which usually depend on financial support to cover the high upfront costs of infrastructure and acquiring customers. 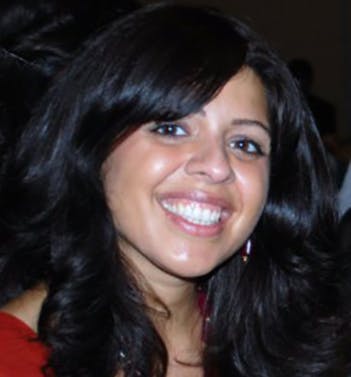 Khan said that the criteria set by development banks for investment are “opaque,” and the institutions set up by governments to aid sustainable development in low-income countries “hide behind Kafkaesque bureacracy.”

Addressing a panel that included an executive from International Finance Corporation (IFC), the private equity and venture capital arm of the World Bank, Khan said her company had reached the seven-year threshhold by which it is eligible for a loan from IFC, and is commercially viable, but is still considered to be too small to be granted funding.

At the moment, Khan’s business has relied on her own money and financing from Social Investment Managers & Advisors (SIMA), a United States-based private fund that specialises in debt for off-grid solar projects.

Khan, an environmental lawyer by training, left the World Bank where she was an energy consultant in 2009 to set up EcoEnergy. She said she plans to seek financial aid from a development bank, but is frustrated by the lack of a clear blueprint for companies to follow to secure funding.

“If I’m not up to the standard you’re looking for, tell me what you want and I will work towards it, and create a plan to achieve the objectives you set out—but there are no clear objectives,” she said.

”The DFIs [development finance institutions] should be taking a greater interest in creating a blueprint for people like me.”

Her comments came after a social entrepreneur based in Cambodia made a similar point to the panel about the lack of an available blueprint for how to secure funding from development banks.

In response, Subrata Barman, senior operations officer, Asia Pacific, IFC, admitted that the bank does not have set standards for funding off-grid renewable energy firms, and that a “risk perception” associated with a new sector partly explains why money has not come easily for social entrepreneurs.

However, he said that IFC had been investing heavily in renewable energy, and acknowledged that funding in off-grid solutions is needed to electrify rural areas. “It’s not as if the DFIs are sitting on money without any targets for deploying it,” he said.

IFC’s major renewable energy investments in Asia this year have included a US$125 million stake in New Delhi-based renewable energy developer Hero Future Energies to fund the construction of solar and wind plants to generate 1 gigawatt of power in India.

There are 1.2 billion people in the world without electricity. The DFIs have a huge amount of money to tackle this issue, but they’re not deploying it.

The need for speed

Speaking to Eco-Business after the panel session, Khan said that development banks preferred to invest in big, on-grid power projects, because transaction costs are high and it makes more sense for them to spend $50 million on a single project, rather than smaller sums on anything from 10 to 50 projects; which they also then need to monitor.

But big-scale national solar projects can take up to a decade to deploy and cost millions of dollars, and their impact on low income off-grid populations is “negligable or non-existent,” Khan suggested.

She added that speed was a major issue when dealing with DFIs, and that bureacracy has also made large organisations like IFC difficult to navigate.

Development bank executives are, Khan said, “good people who at one point of their lives went into international development because they cared. But they got so bogged down by fancy conferences, endless meetings and crappy coffee that they forgot about the urgency.”

“There are 1.2 billion people in the world without electricity. The DFIs have a huge amount of money to tackle this issue, but they’re not deploying it.”

Khan added: “The attitude [of development banks] is: ‘We have the money, so we’ll decide if we want to talk to you.’ But the money is actually for people like me. It’s money from a fund put together from taxpayers to achieve very specific goals, including climate change mitigation and poverty alleviation.”

One way for solar paygo companies to get easier access to funding would be for industry associations such as Global Off-Grid Lighting Association (Gogla), a non-profit that was borne ouf of IFC’s Lighting Global programme in 2012, to act as a go-between, Khan said.

“DFIs could work together with Gogla, but the off-grid sector has to be put on their radar first, and offered an opportunity to present the opportunity,” she said.

Khan said the Unlocking Solar Capital event, organised by Solarplaza, was the first conference to give equal time to off-grid and on-grid solar. However, she noted: “The on-grid people are the ones with the money, and the two still remain separated.”

For a model for how off-grid solar financing can work best, Asia should look to Africa, Khan said.

In Africa, there has been a big push by national development banks such as USAID and Overseas Private Investment Corporation (OPIC) to support off-grid solar by offering grants and “patient capital,” when investors do not expect an immediate return, said Khan.

This has resulted US$500 million in investment pumped into off-grid solar in Africa in the last three years.

“We are hoping that conferences like this one in Singapore will offer opportunities for companies in Asia that are starved for capital an opportunity to access funding,” she said.