Sitting among his fridge, TV set and stacks of bowls, Ng Kei-hung sat outside the family home in Hong Kong’s Tai O village as he waited for his furniture to dry out after a recent flood.

With houses on stilts lining the river that runs through the village, Tai O is a world away from the skyscrapers of downtown Hong Kong, and is popular among locals and tourists who seek to escape the concrete jungle.

“We have never seen so much flooding growing up here in the village,” said Ng, 74, sitting expressionless and bare-chested outside his stilted home, just days after Super Typhoon Mangkhut swept through in September. 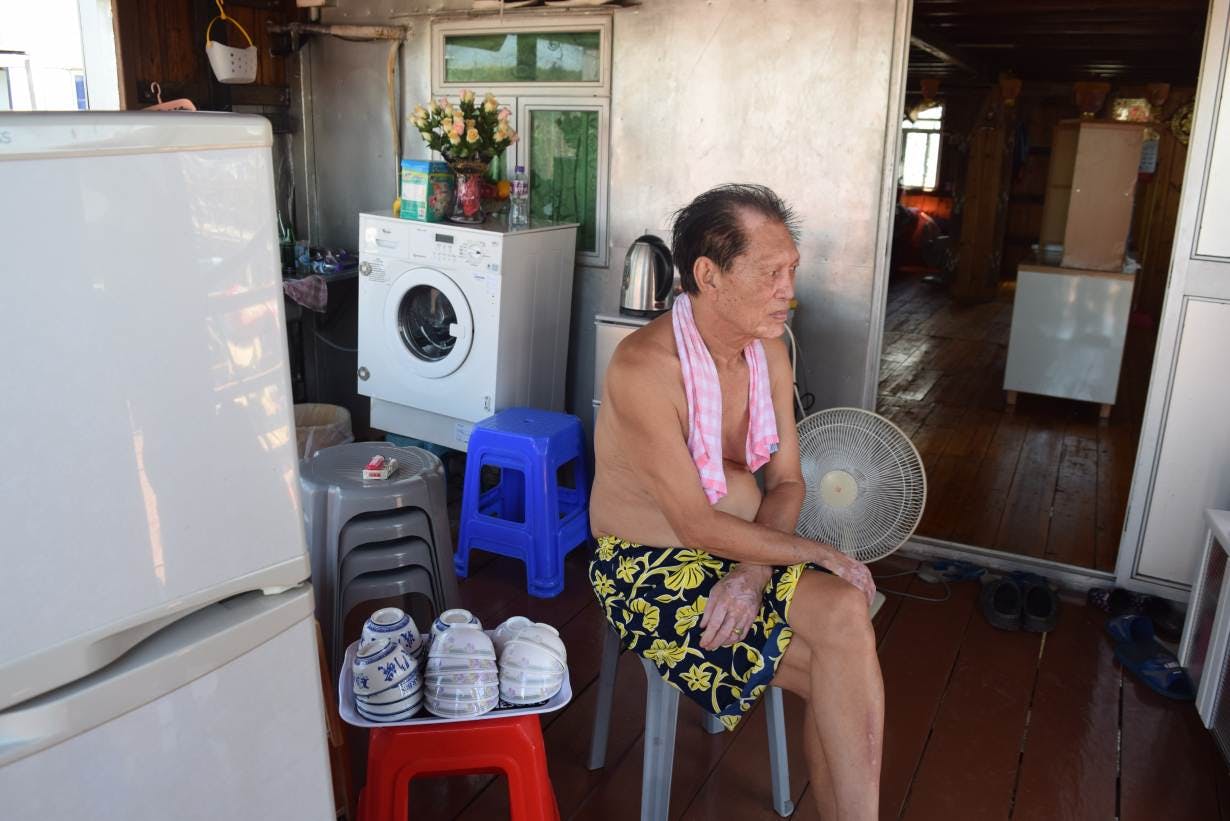 A resident in Tai O village in Hong Kong, China waits for his furniture to dry out after a recent flood September 18, 2018. THOMSON REUTERS FOUNDATION/ Beh Lih Yi

This was just the latest severe flood to batter the village in recent years. In August 2017, another typhoon brought waist-deep flooding and caused widespread damage in Tai O.

“What else can we do? We are not leaving,” the retiree said.

The Asian financial hub is largely adept at dealing with typhoons, which occur regularly in southern China.

Environmentalists say coastal cities like Hong Kong, with its many low-lying areas, are vulnerable to climate change - yet there is often complacency about preparations for extreme weather.

Hong Kong people are very complacent about these types of disasters… but it’s really something that people have to start thinking about.

Located about two hours from downtown Hong Kong, rural Tai O is the last fishing village in the territory and is home to over 2,000 people.

Fishing, the area’s traditional industry, is dying out after a 2012 government ban on trawling that was brought in on environmental grounds, but many here still count on producing salt, shrimp paste and other seafood products for income.

An influx of tourists in recent years to view the picturesque village nicknamed the “Venice of Hong Kong” prompted the government to propose a plan to improve access by extending a cable car connection and building nearby leisure facilities.

Those efforts were opposed by residents. They have largely resisted attempts to over-develop the village, saying that would change their traditional way of life that gives a taste of Hong Kong’s past.

Resisting floods of tourists is one thing. Scientists now warn climate change presents a bigger threat to Tai-O and said extreme weather could in decades make the village uninhabitable.

“If global warming, the melting of the Arctic sea ice, and sea-level rise are continuing at a faster pace, flooding in the low-lying coastal areas would increase a lot more and faster than expected,” said atmospheric expert Johnny Chan, a professor at City University of Hong Kong.

“There is a possibility that in places like Tai O, if sea-level continues to rise and if we have more of these typhoons, it could become uninhabitable in the future.”

“Hong Kong people are very complacent about these types of disasters… but it’s really something that people have to start thinking about,” he said.

The city government said it has taken steps to alleviate the risk of flooding.

Last year it completed work on a massive stormwater storage tank underneath the city’s famed horse-racing track near central Hong Kong, which can hold as much water as 24 swimming pools.

The tank acts like a huge sponge, absorbing rainwater during storms and releasing it later to use for cleaning toilets and streets, as well as for irrigation in parks and playgrounds.

“We do a lot of public education to tell the public that if we do nothing about climate change we will face serious flooding.” 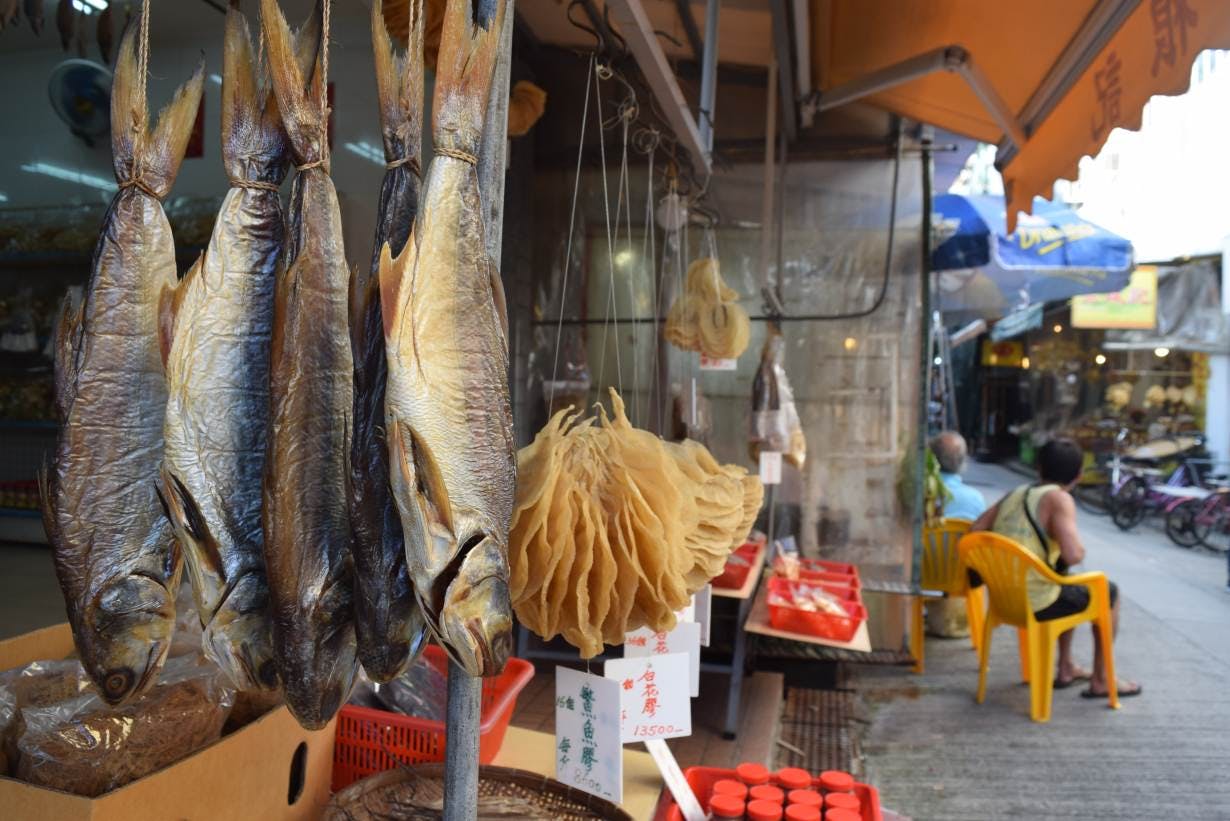 Tai O does have an early warning flood system in place, and several years ago the government built a 220-metre-long (722 feet) sea wall along the river to prevent flooding.

But it still does not stop water from flowing into houses along the waterway, prompting campaigners to call on the city authorities to do more.

Eddie Tse from the Tai O Sustainable Development Education Workshop, a non-profit, said Hong Kong should look to cities such as Amsterdam to strengthen its flood defences.

“Tai O is a like a living museum, showcasing our unique heritage like the fishing village and stilt houses,” Tse said.

“Most people here do not want to relocate and we would be killing the whole culture here if we do,” he added.

Resident Wong Ah-siu, who is 85, echoed that sentiment.

Wong, who lives with her daughter and husband, was evacuated to a shelter just before the typhoon hit, but it still caused her family about HK$10,000 ($1,275) of damage.

Despite Tai O’s uncertain future, she vowed to stay.

“We have lived here our whole life—where else can I go?”