Was this the worst ever attempt to talk to young people about the environment?

A pool party in Singapore - bizarrely themed around palm oil - was interrupted by environmental messages from green groups last night. But revelers did not seem remotely interested to learn about the causes of the haze pollution that chokes Singapore at this time of year.

Raising environmental awareness among young people sometimes requires a bit of creativity, but a pool party with a message about environmental destruction is probably not the best way to do it.

On Sunday night in Singapore, two green groups, World Wide Fund for Nature (WWF) and People’s Movement against the Haze (PM Haze), were given the opportunity to talk about the environmental issues around the palm oil trade at a pool party in the hipster suburb of Tiong Bahru. 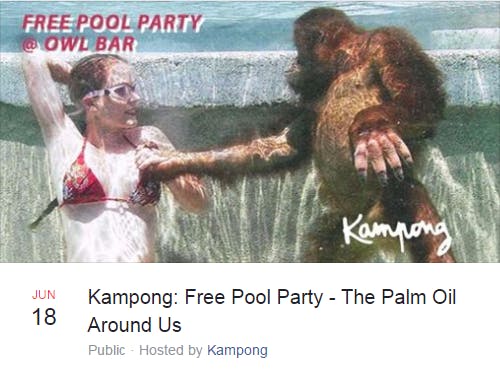 The party was part of a series organised by events firm Kampong, and last night’s shindig aimed to raise awareness about palm oil, a crop that figures in the Singaporean consciousness for a few months every year when haze pollution from neighbouring Indonesia, caused by slash-and-burn forestry to make way for plantations, chokes the city-state. 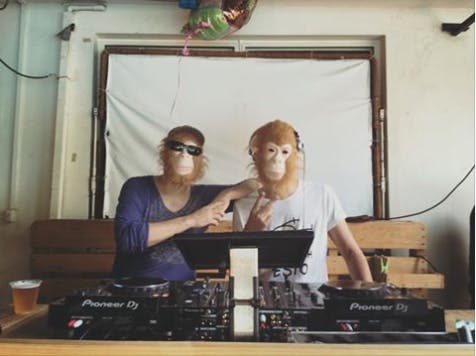 The NGOs’ speaking slot came about halfway through the night, when the party was in full swing; the music was abruptly powered off just before it was time for them to speak.

To say the crowd, made up mostly of twenty- and thirty-somethings in bikinis and board shorts, was unreceptive to the interruption would be an understatement.

Some people jeered when the music stopped, and whistled and talked over the NGOs trying to get their messages across from the DJ booth.

In this video taken by Eco-Business last night, a representative from PM Haze can just about be heard mentioning that the NGO has a booth at the event, and is organising a trip to Malaysia next year.

In another video, a representative from WWF apologises for stopping the music, acknowledging that is was a “terrible time to do it, but we’ll do it anyway.”

He tried to make light of the situation, telling a joke well-used by WWF staff. He asked the audience if they thought that WWF stood for World Wrestling Federation. Many of them probably wondered why he wasn’t dressed in a one-piece spandex leotard and wearing a scary face mask.

“I was asked to speak for two hours, but I’ll only talk for five minutes,” joked the WWF representative, as a reveller shouted for him to “get on with it!”

Eco-Business spoke with a number of people on the dance floor, none of whom were aware of the connection between the party and palm oil, and why they were supposed to care about it.

PM Haze and WWF do great campaign work in Singapore around the haze. They raise awareness of the causes for it in a prosperous, comfortable country where environmental issues barely register until they personally affect people - like, for instance, the toxic air that is due to drift into the city-state sometime over the next few months. 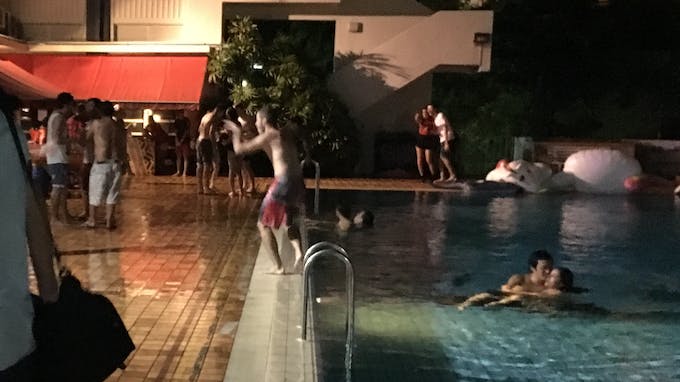 Does anyone here want to hear a talk about palm oil?

But even though this party - which was free for all to attend - gave the NGOs some much-needed exposure, it was an opportunity they probably should have given a miss.

An event organiser that uses an environmental issue as a marketing ploy, using images of DJs dressed as orangutans, and then gives those who campaign hard around the issue a car-crash speaking slot, is probably best avoided.

WWF, which was behind the compelling We breathe what we buy haze awareness campaign that launched in 2015, and PM Haze, which is campaigning to encourage Singaporeans to buy haze-free products, were given a better chance to talk to young people at the Green Is The New Black consumer lifestyle event last month.

There, WWF engaged youth with a game to test their biodiversity knowledge, and PM Haze chatted with youngsters about why it is important to buy certified sustainable palm oil products.

The problem with palm oil is now more widely understood among young people in Singapore, with the memory of the horrendous haze of 2015 still fresh. But a pool party is the not the place that youngsters want to be reminded of an environmental catastrophe, even when it’s on their doorstep.