How does India’s Budget fare on sustainable development?

India's new government, led by Prime Minister Narendra Modi, announced its first annual Union Budget on Saturday. The budget was hailed as pro-poor and pro-growth, but how did it fare on sustainable development?

Measures announced by India’s finance minister Arun Jaitley in Parliament include the introduction of a nationwide Goods and Services Tax (GST) by April 2016, paying welfare money and subsidies directly into people’s bank accounts to avoid corruption, developing a universal social security scheme, and cutting corporate tax rates to 25 per cent over the next four years.

While these measures were broadly welcomed by observers, environmentalists noted the absence of initiatives on environmental protection and sustainable development.

Some said the budget was “destruction-oriented” because it cut funding to the Ministry of Environment, Forest, and Climate Change.  Others, such as Vikram Mehta, the chairman of non-profit Brookings Institution, said that the budget speech “did nothing to ameliorate the concerns of the environmentalists”.

Here’s a closer look at how the Union Budget fared on the environmental front. 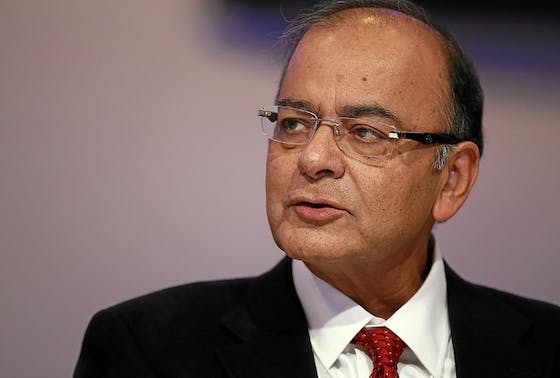 A new National Investment and Infrastructure Fund will also be set up and receive 20,000 crore Rupees (US$3.23 billion) annually.

These investments are expected to drive economic growth and attract investment in the country, and could also prove to be a game-changer for renewable energy growth in India, according to Vineet Mittal, co-founder and managing director of Delhi-based company Welspun Energy.

But last September, the new government introduced legislation that would allow some infrastructure projects to bypass mandatory environmental checks before being built. Large-scale infrastructure such as roads and railways pose acute environmental effects such as deforestation and pollution. As India ploughs ahead with infrastructure growth, it’s crucial that environmental safeguards are not written off in the name of development.

Jaitley said that this project would hopefully attract investments to the tune of 1 trillion Rupees (US$16 billion), and assured Parliament that regulatory clearances will be in place before the project is awarded by a transparent auction system”.

At the same time, he also proposed doubling the Clean Energy levy on coal from 100 Rupees (US$1.60) to US$3.20 per metric tonne of coal – this would be channeled to financing clean environmental initiatives, he added.

In a country that still struggles with energy poverty – a 2010 World Bank study found that 57 per cent of rural households lacked enough energy to perform basic tasks such as cooking as lighting, while 28 per cent of urban households were also energy poor – ramping up power generation is likely to bring much needed relief to homes where electricity is badly needed.

But the scale of the increase, and the lack of information on how it will affect the greenhouse gas emissions of a country that is already the world’s third largest emitter is cause for concern.

A budget cannot truly be “pro-poor” or “pro-growth” if the development it promises today are at the expense of the environment and climate stability. This will only come about if more attention, political will and resources are diverted to mitigating climate change.

Jaitley also announced that the Ministry of New Renewable Energy had a target renewable energy capacity of 175,000 MW by 2020 – a majority of this would be achieved by solar energy (100,000 MW), with wind, biomass, and small hydro power making up the remainder.

This was due to a lack of funding commitments to back up its plans to grow renewable energy, undermining confidence that this ambitious target can actually be achieved. Observers also pointed out that measures to spur investment in renewable energy - such as tax-free bonds - were absent from the Budget.

Jaitley said that these moves were a sign of India’s commitment to making its “development process as green as possible”.

He also proposed an initial investment of 75 crore Rupees ( US$12 million) to speed up the adoption of electric vehicles (EVs) in the country - but there was no other mention of supporting the development of green transport alternatives such as public transport in cities.

With the renewable energy target and EV funding being the only two mentions of clean energy in the budget, it is unsurprising that those hoping for India to take more definitive action on reducing its emission were disappointed – especially when juxtaposed against its moves to develop coal-powered energy.

One observer writing on Indian news site Scroll.in dismissed these announcements as “cursory references,” saying that the finance minister had otherwise “practically ignored the issue” of climate change.

While the budget’s action on climate change was deemed lackluster, it unveiled several initiatives to support the ‘Swachh Bharat Abhiyaan’, or Clean India Movement – an initiative by Modi to improve public cleanliness and hygiene across the nation.

All donations to the initiative (except those that are made as a Corporate Social Responsibility contribution) will be fully tax deductible, as will those made to the Clean Ganga Fund, which aims to clean up the Ganges river.

Should the Clean India Movement need additional support, an additional national levy of two per cent or less on “all or certain services” could also be implemented to finance the programme, said Jaitley, though he did not specify which services.

“Swachh Bharat is not only a programme of hygiene and cleanliness,” said Jaitley. “At a deeper level, (it is) a programme for preventive healthcare and building awareness.”

Given the public health hazard posed by pollution and a lack of sanitation in India, it is important that this initiative receives financial and political support from the Modi government.

Overall, while important issues such as infrastructure development, energy growth, and economic expansion were extensively addressed in the Budget, the same level of commitment is not evident when it comes to environmental protection and reducing greenhouse gas emissions.

Still, India’s commitments on renewable energy and clean mobility should be welcomed.

A budget cannot truly be “pro-poor” or “pro-growth” if the development it promises today are at the expense of the environment and climate stability. This will only come about if more attention, political will and resources are diverted to mitigating climate change.