Singapore's green building pioneer Tai Lee Siang, who has been named as the new chair of the WGBC's Board of Directors, has ambitious plans to grow the organisation's member base, boost sustainable design and transform Asian cities.

The World Green Building Council, the largest international organisation influencing the sustainable and green build marketplace, has appointed Singapore’s Tai Lee Siang as the new chair of its Board of Directors.

The appointment was announced on WGBC’s official website and took effect on Tuesday.

Tai, who is also honorary consultant and a past president of the Singapore Green Building Council, is the first Asian to hold the top post at the WGBC since its founding in 2002.

“I am honoured to be able to contribute towards a more sustainable global built environment. Although green building as a movement has advanced significantly in recent years, there is still much to be done and can only be done with the collective effort of the entire industry,” Tai said.

Tai’s appointment is the second accolade Singapore has received this month in the area of sustainable and green building, after it was ranked second highest on consultancy firm Solidiance’s Global Cities for Green Building Performance Index 2016.

As the new WGBC chair, Tai will push ahead with plans to grow WGBC’s member base, boost sustainable design innovations, and transform Asian cities.

As the first WGBC chair from Asia, Tai also has a specific focus on transforming Asian cities.

He said Asia presents a unique case in sustainability as it is home to almost two-thirds of the world’s population living on one-third of the world’s land mass.

“Coupled with the rapid urbanisation, our pressing need for sustainable buildings and cities naturally has spawned many green solutions. Together with the Asia Pacific Network GBCs, I hope to further advance the transformation of Asian cities towards more sustainable and livable models which can be replicated in other global cities,” he said.

Terri Wills, the chief executive officer of WGBC, said: “Tai Lee Siang has been a true champion of sustainability, and has worked tirelessly to transform the industry and position green building as a one of the most effective solutions to climate change.” 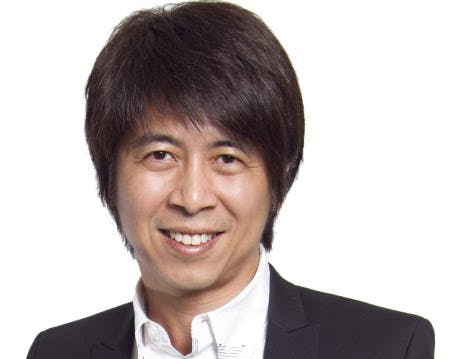 Tai is no stranger to the global green build arena, having served as vice-chair of WGBC prior to his appointment.

“Having been on SGBC’s board since our founding days, Lee Siang constantly creates new inroads and opportunities for SGBC, elevating our presence within the industry and our stakeholders,” he said.

Such schemes have served as the basis for choosing green building designs and procuring sustainable build materials in Singapore’s flourishing green build industry.

Tai also worked closely with Singapore’s Building and Construction Authority (BCA) to put the little red dot on the global map for sustainable and green build.

Although green building as a movement has advanced significantly in recent years, there is still much to be done and can only be done with the collective effort of the entire industry.

“His appointment as the new chair of the WGBC is a strong indication of the progress we have made on this front,” said BCA chief, Dr John Keung.

Tai has set his sights on helping more countries achieve their environmental goals through the green build industry.

“I look forward to collaborating closer with our friends and partners to create better places for people all over the world,” he said.