The rise of Asia's urban farmers

Urban farming is set to grow as the world seeks to feed more city dwellers using less land, water and energy. Meet the urban farmers of Asia—a former construction engineer, a cricket farmer, and a business graduate who wants to take vertical farming to outer space.

Such urban farms are already a reality in scattered pockets of the globe, and their numbers are set to grow as more people move to cities and the world seeks to produce more food using fewer resources such as land and water.

Asia’s population will grow by another 250 million by 2030, and its agricultural and food industry—currently reliant on imports—desperately needs to catch up in order to feed all its people, according to a new report.

Much of the money, or about US$550 billion, will be needed to produce better-quality food that is safer, healthier and more sustainable. The remainder will be needed to increase quantities of food produced, the authors said.

This means opportunities abound for investors and entrepreneurs, but Asia’s complex and diverse agri-food industry makes for a challenging investment environment. Its farms are also typically much smaller than those in America or Europe, the authors noted.

“New technologies will need to be deployed to increase yields, reduce the environmental impact of farming, improve the safety, traceability and nutritional value of food, reduce waste, shorten the supply chain and bring food to consumers in their increasingly urban settings,” the report stated.

Eco-Business spoke to three urban farmers who herald the future of the industry at the Asia-Pacific Agri-food Innovation Week last week.

A construction engineer by training, the Australian had moved to Singapore in 2007 as part of the team that built the city-state’s iconic Marina Bay Sands resort.

“That was one of the most incredible projects I’ve worked on in my life,” he told Eco-Business. “But I realised I wasn’t going to do anything more exciting in that sector; I wanted to try something different.”

His interest in indoor farming was sparked in August 2012 when, on the way home from work, he came across an article on vertical farming by American microbiology professor Dickson Despommier.

Swan was intrigued, but felt he could come up with an even better design that took up less space. That night, he came up with the first draft of his own indoor farm.

Swan had never planted a tree before, but that year, equipped with knowledge he had gained online, he set out to meet professors and greenhouse operators from Japan to Amsterdam. Together with a team, he eventually created the patented farming system used by his Singapore-based start-up Sustenir Agriculture today. The indoor farm produces seasonal crops like kale and strawberry all year round in controlled conditions.

For 18 months, Swan spent all his spare time in his business partner’s basement experimenting with the optimal conditions for growing crops indoors. He played with different lighting, nutrients and amounts of carbon-dioxide injected into the space to help the plants photosynthesise.

“In that basement, it was about 100 per cent humidity and 40°C, and I was growing kale. And how I was doing that, was by chilling the water, tricking the plant into thinking that it was in a cold environment. It was there that I learned that you can grow impossible crops in impossible places,” he said.

With agriculture a significant driver of global warming, Swan—Sustenir’s co-founder and chief executive—believes drastic changes are needed to ensure a viable future for food, and that indoor farming is an integral part of the solution.

The biggest problem, noted Swan, is that today’s food system creates massive carbon emissions and wastage as produce is shipped across the planet. Close to 40 per cent of all food grown is spoiled before it reaches consumers’ shopping carts, he said.

“If we bring production closer to the consumer, we can get produce to the table on the day it is harvested. We can get rid of food waste and reduce the carbon footprint,” he said.

Sustenir recently set up a facility in Hong Kong, and Swan’s dream is to see its indoor farms built in every major city around the world.

He wants to take vertical farming to outer space

He studied business, but it was a fascination with disruptive technology that drew Japanese-American JJ Price to indoor agriculture.

“When new technologies like vertical farming systems come out, they open up a box of new ideas that weren’t even thinkable before,” said Price, international business development manager at Japanese urban farming company Spread. “With this technology, you can grow crops anywhere, from the harshest desert to the coldest climate, provided you have electricity, a building and water.” 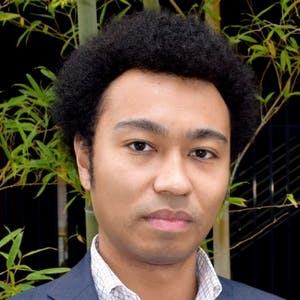 Spread, touted as the world’s largest profitable vertical farm operator, was started in 2006 by former vegetable trader Shinji Inada, who grew lettuce on shelves stacked in a tiny one-room apartment near Kyoto. He quickly realised that to turn it into a viable business, the concept needed to be scaled up, said Price, who met Inada while studying business administration in Kyoto and joined the firm in 2015 to help take its technology out of Japan.

Spread’s first facility, in Kameoka in Kyoto, was where the company spent years refining its lighting, water supply, nutrients and other systems and it became profitable in 2013.

Its second vertical farming facility, Techno Farm Keihanna in Kizugawa in Kyoto, is the world’s largest automated vertical farm capable of producing 30,000 heads of lettuce a day. It began shipping its products in November 2018.

From re-planting young seedlings and watering to trimming and harvesting of crops, robots handle almost every step of the process.

Initially, it was challenging to convince customers suspicious of crops grown without natural light or soil to buy their products, Price added.

Despite the inherent benefits of indoor farming—it reduces transport emissions and food waste, produces crops year-round regardless of weather conditions or seasons and is pesticide-free—Price says it is unlikely that this mode of farming will produce the majority of the world’s food.

It may be possible for certain crops, however. Leafy greens, for instance, do well in indoor farms and much of the spinach, kale and lettuce on consumers’ tables could eventually be grown indoors, he said.

Price’s personal ambition is to take vertical farming technology to space. “I’d like to see a farmer build this facility on a space station, a moon base, or even a Mars base. That’s when things will become very interesting,” he said.

She was a business consultant in the real estate sector who never expected to become a farmer.

Kanitsanan Thanthitiwat had also never eaten a cricket in her life. 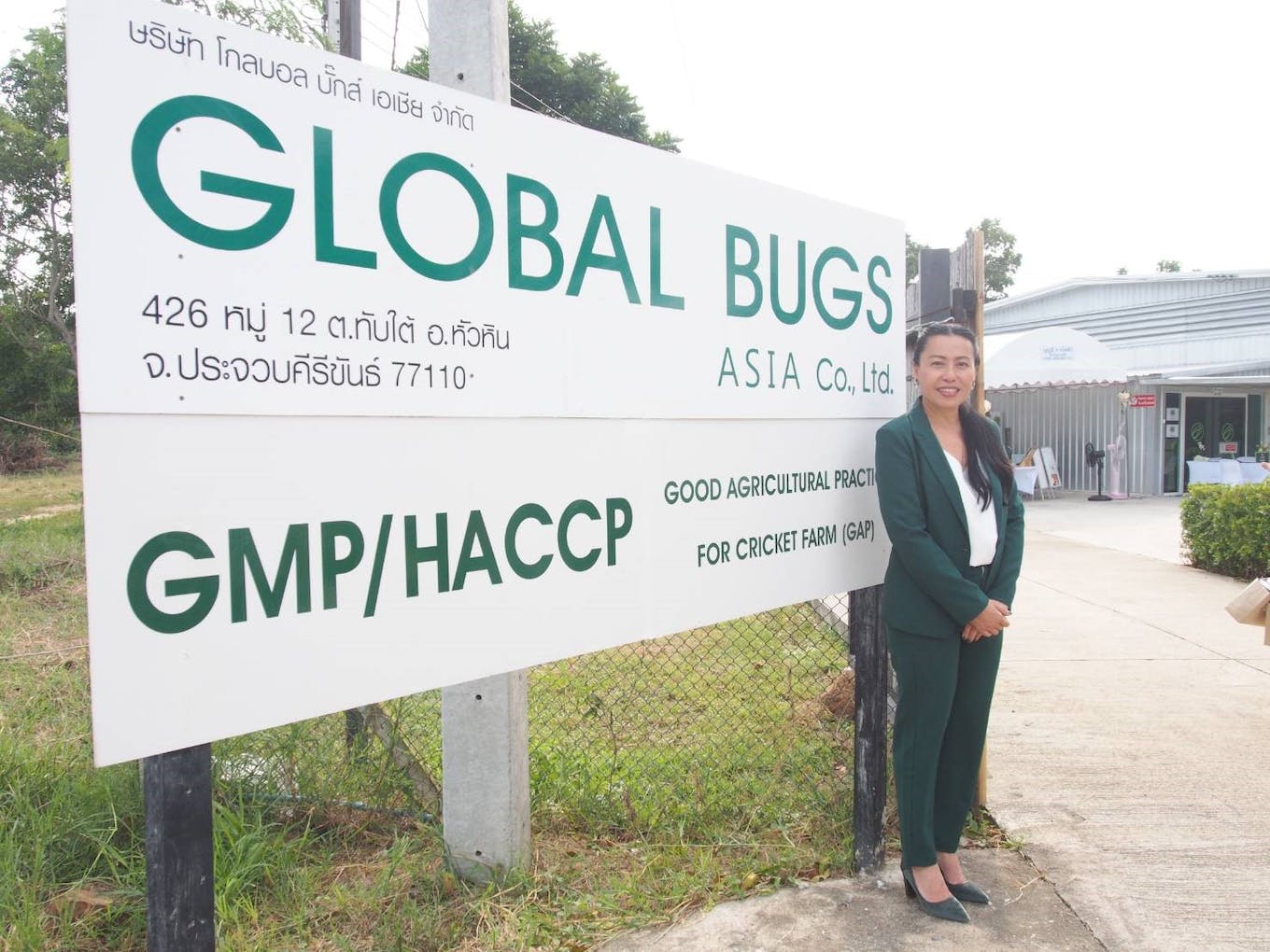 But when Swedish entrepreneur Rickard Engberg, a friend of Kanitsinan and her Swedish husband Stefan Järlhem, told them he was exploring a sustainable protein project in Thailand, the couple took the plunge.

In 2016, they set up a traditional 400-square-metre cricket farm in Hua Hin in southern Thailand. A year later, they converted it into a closed facility where temperature and humidity levels could be controlled.

The company, Global Bugs, now produces about 35 tonnes of raw crickets a year.

It is one of “a few” climate-controlled cricket farms in Thailand which, by Kanitsinan’s estimates, is home to about 20,000 traditional cricket farms. The latter are exposed to outdoor conditions and predators like snakes and lizards.

While a kilogramme of cricket flour currently costs more to produce at Global Bugs—US$40 per kg, about double the cost of a traditional farm—Kanitsinan said the cost can drop to US$5 per kg through automation and technology when production is scaled up.

Global Bugs aims to raise US$4 million by next year to build an EntoPark, a larger automated farm that can yield 350 tonnes a year, said Järlhem.

The start-up currently supplies flavoured cricket snacks and other products to the “early adopter” markets of Finland and Japan. In Japan, its local partner processes the flour into noodles and other goods that are sold in supermarkets. In Finland, it was sold at an insect food festival that seeks to raise awareness of the smaller environmental footprint from consuming the critters, said Kanitsanan.

Crickets eat agricultural by-products such as pineapple peels and waste from soybean processing, said Kanitsanan. They are harvested after 35 days—the insects are washed and chilled to 1°C, which is when their systems shut down, before being frozen.

Kanitsanan began eating crickets two years ago after Global Bugs was set up, easing into the novel protein source by first consuming the flour before progressing to whole crickets.

“We tried to reduce meat consumption from seven days to two days (a week). The rest (of the week), we tried to replace with cricket protein. It makes you feel very much fresher, you don’t get so tired,” she said, describing the taste of the Acheta domesticus as “nutty” and a “little bit salty”.

Cricket farming has been fun, said Kanitsanan, who still does business consulting. “It’s such a new business,” she said. “We do research together with universities both inside and outside of Thailand to move this forward. It’s very exciting.”