A whole of industry systems change is required, with stakeholders across the value chain playing their part, says René Hillig, Singapore managing director of design and consultancy firm Arcadis.

Cities, which generate three-quarters of global carbon emissions, are fast becoming the battleground where the fight against climate change will be won or lost. Planet-warming emissions will worsen as sprawling cities are predicted to house nearly 70 per cent of the world’s population by 2050. 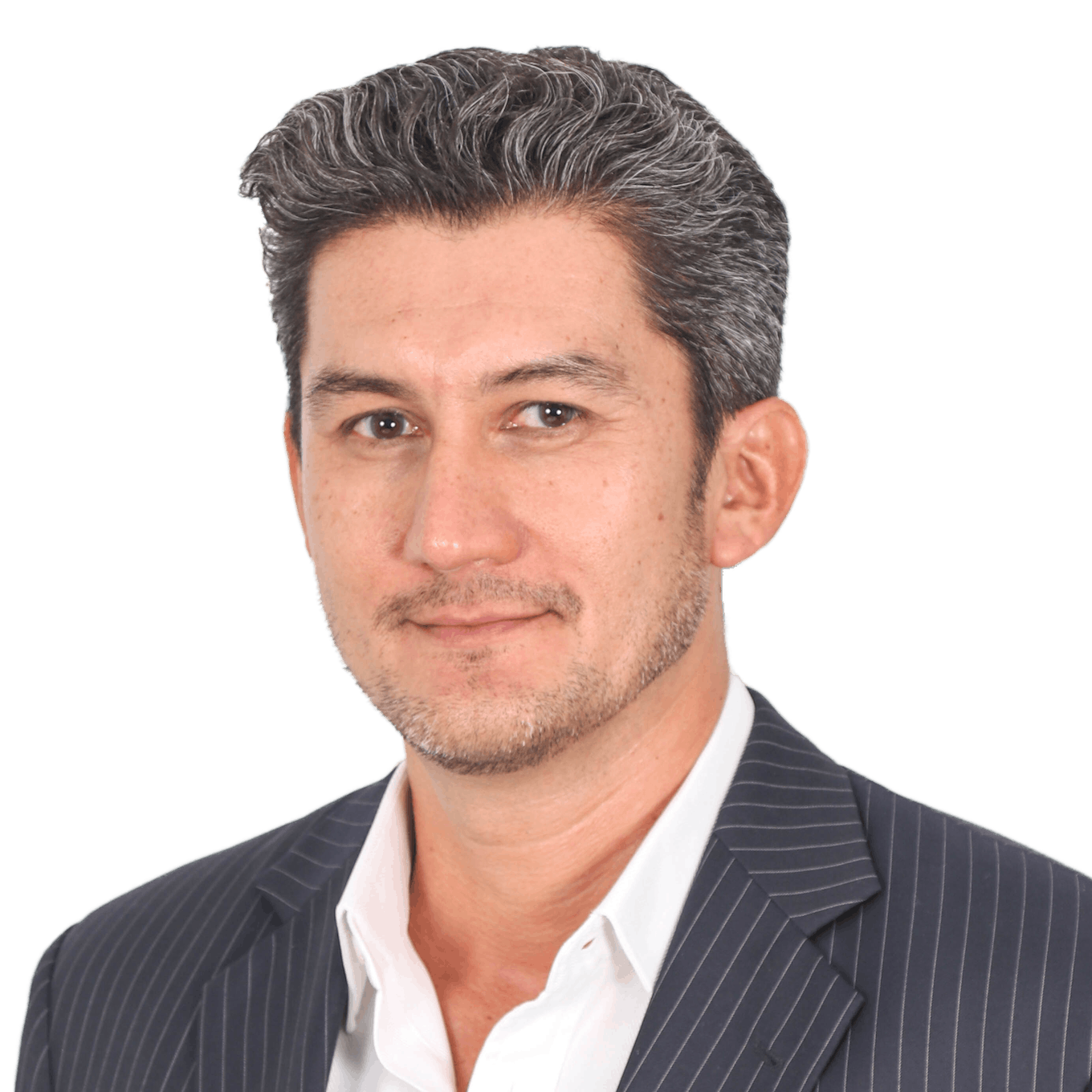 Asia, particularly China and India, will represent the lion’s share of this growth. It is also in Asia where urban populations will bear the brunt of the effects of climate change, with raging heatwaves, rising sea-levels and extreme rainfall causing flash flooding.

The pressure is on governments and urban planners to act as a catalyst to drive down the emissions of urban transport, energy generation and buildings. “Rapid systemic change is needed,” said René Hillig, Singapore managing director of Arcadis, a global design and consultancy firm for natural and built assets.

Engineers and architects can only do so much to push an agenda that promotes design to ensure that cities adapt to and are resilient against the harsh realities of climate change. Governments are key to incentivising better choices for the environment, and deterring those that are harmful, Hillig told Eco-Business in an interview.

The biggest climate headline revolves around the recently concluded climate talks in Glasgow. What is your verdict on the outcome of COP26?

While some positive agreements have been reached, I think the general consensus is that it’s not enough for us to be able to remain within the 1.5°C target. And indeed, we’re already set to exceed that target if we rely solely on nationally determined contributions and vague aspirations based on future technologies that do not yet exist. It will really be on businesses like Arcadis to do what we can to strive to keep as close to a 1.5°C pathway as possible. And businesses have stepped up at COP26. United Nations-backed Race to Net Zero for example, announced a breakthrough in the real estate sector, with US$1.2 trillion in real estate assets under management now committed to halving emissions by 2030.

The Net Zero Carbon Buildings Commitment has gained so much traction from COP26 that it is attracting more investments and has increased government expectation for net zero buildings. For us, this is leading to business opportunities. For example, we are seeing an increasing number of investor clients asking for net zero assessments as part of their due diligence of asset acquisitions. We are helping to not only conduct such assessments but also helping to understand assets’ current performance and identify improvement options towards achieving net zero.

How do you begin to reduce the carbon footprint of urban environments?

When it comes to built assets, we are looking at how we can minimise carbon emissions across the whole lifecycle, which requires addressing both embodied carbon and operational carbon. We also need to encourage the consideration of alternatives to the traditional approach of demolishing existing buildings and then rebuilding in their place. Applying circularity principles is key. We should look to ideally consuming less and doing more with what we already have, by repositioning building assets and/or enhancing the energy efficiency of buildings that will be retained or repurposed, for example.

If we focus on embodied carbon of buildings, this starts from the selection of materials at the design stage and their subsequent procurement. We are an organisation with a large number of designers and engineers, where we can influence the selection of materials towards low carbon alternatives. However, more research, development and knowledge sharing is needed around embodied carbon accounting of buildings. A whole of industry systems change needs to happen with stakeholders across the value chain playing their part.

For example, the current availability of carbon intensity data associated with building components and materials in Asia is scarce. Material manufacturers need to disclose their materials’ embodied carbon; only then will we have accurate material carbon factors for whole life cycle assessments. Property developers on the other hand need to commit to whole life cycle assessments on all projects and share data so that benchmarks can be developed upon which reduction targets can be set. Arcadis has experience in whole life carbon assessments of built environment projects and we hope to expand that service to more clients across Asia.

How can we create sustainable cities, at low cost for emerging economies, that are appropriate for those climates?

If we look at developing countries in Southeast Asian tropical climates and if we look back at how buildings were designed and built only 100 years ago, the use of materials was very different. The local vernacular was very different to what we see now and was more attuned to the local climate with a greater use of timber and adoption of building designs which maximised natural ventilation and with the orientation of buildings taking advantage of prevailing wind directions, where feasible. There was no need for air conditioning, or even fans in some cases. This is in stark contrast to typical modern urban developments, which comprise mainly of glass-sealed, concrete or steel towers which need to be cooled.

Of course, it is unrealistic to expect us to revert back completely to traditional regional vernaculars whilst simultaneously addressing the realities of rapid urbanisation. However, it is possible for some of the tried and tested energy and carbon saving design concepts to be incorporated into modern developments without having to lead to increased costs.

There are some real examples of this in Singapore. South Beach Development, which was a project that Arcadis Singapore provided quantity surveying services for, has an undulating micro-climatic canopy that is angled to capture prevailing winds and direct air flow to cool the ground level spaces. It also filters solar glare and has rainwater harvesting features that helps irrigate the plants in the development. This approach effectively means that less energy is consumed for cooling, and hence the operational carbon is reduced as well. Arcadis company CRTKL has developed a tool called Climate Scout to provide climate-specific design advice at the building scale and recommends some of these design strategies for tropical climates.

Until very recently, a nation’s or city’s symbol of having reached ‘developed’ status, was often projected by the completion of the next world’s tallest building in steel and glass. But at the same time, there is a growing awareness around climate change and there’s an increasing understanding that we cannot carry on as before and that something has to change.

A very significant change that’s coming is carbon pricing. With the conclusion of COP26, we now have a new carbon trading agreement that will create a centralised carbon trading system. This will have a big impact on the construction industry given the high embodied carbon of construction materials. With more cement and steel users needing to pay carbon credits, demand for low-carbon materials will increase, which is absolutely crucial in the world’s race to net zero given embodied carbon of construction materials account for 11 per cent of all global energy-related carbon emissions.

What are the key bottlenecks to sustainable cities?

As is often the case, it’s about supply and demand. When it comes to let’s say, a condominium, do the home buyers really care whether the condominium they’re considering has a lower carbon footprint than the one next to it? The answer to this is that it depends on their knowledge and awareness, which in turn is influenced by their education and societal expectations, both of which can be influenced by governments through their various policies.

Once consumers demand greener buildings, developers would need to address that demand. They would be encouraged to select materials that embody less carbon, for example, and have buildings designed in such a way that energy consumption is reduced.

The authorities can play an important part, for example by creating a level playing field which subsidises the use of greener materials or more environmentally-friendly designs. Conversely, they could discourage the use of certain materials by making it clear that planning permission is subject to a certain percentage of sustainable materials being used. By creating this level playing field, all developers would have to play by the same rules and they would not be commercially disadvantaged compared to others when adopting greener design and development principles.

Similarly, when it comes to the choice of sites, say a brownfield site, where something has been built before and has limited environmental value — I would argue that this is a preferable site to develop than one that is currently acting as a carbon sink, a rainforest, for example. City planners could have a bigger part to play in terms of steering which sites get selected for development and what design concepts would be received more favourably than others. Guidelines around what is permissible and desirable and what is not, will certainly influence future developments and can make a material difference to our ability to get back to the 1.5°C pathway which benefits us all in improving quality of life.