In Pictures: Citizens march for climate

From shoes to unicycles to heart-shaped human formations, people around the world sought innovative ways to make their voice heard on climate change.

Across major cities worldwide, hundreds of thousands of people stepped out of their homes to participate in public campaigns that call on government leaders to act on climate change.

World leaders are meeting in Paris this week for the United Nations climate change conference, where a global treaty to tackle climate change is meant to be inked.

More than 500,000 joined in more than 2,000 events held in several countries, from Berlin to Jakarta, to demonstrate their support for a universal agreement. 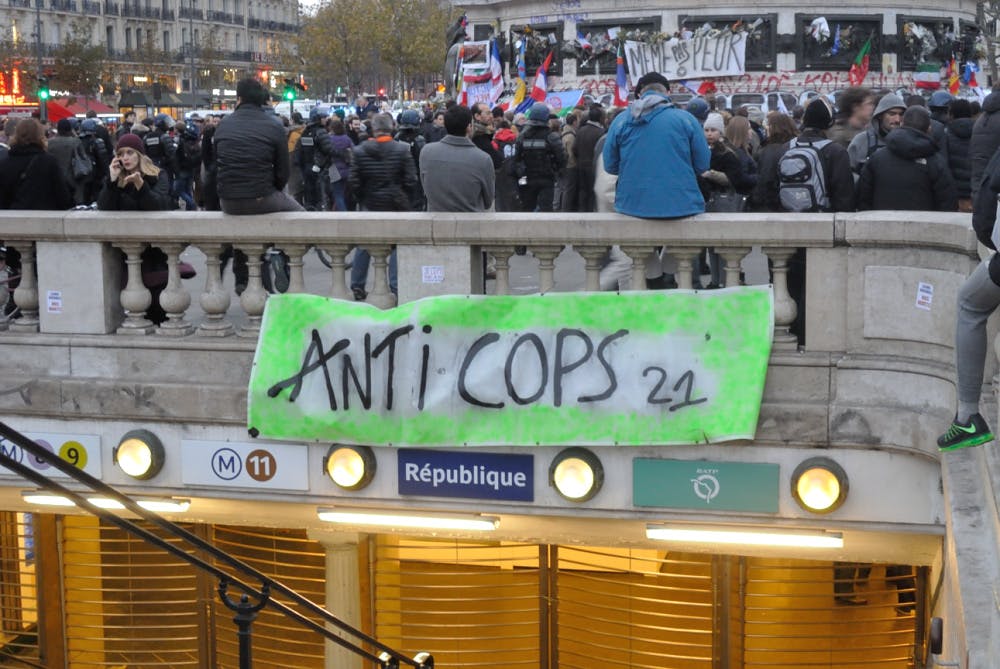 In Paris, citizens placed their shoes at the Place de la Republique on Sunday as a form of protest after a massive climate change rally was was called off over security concerns following the recent terrorists attacks in the city.

Organiser Avaaz.org said over 22,000 pairs of shoes have been placed at the site, including from Pope Francis and UN Secretary-General Ban Ki-Moon.

The protest was marred with violence when French riot police fired tear gas to disperse protestors who were throwing projectiles. About 200 activists were arrested after the clashes. 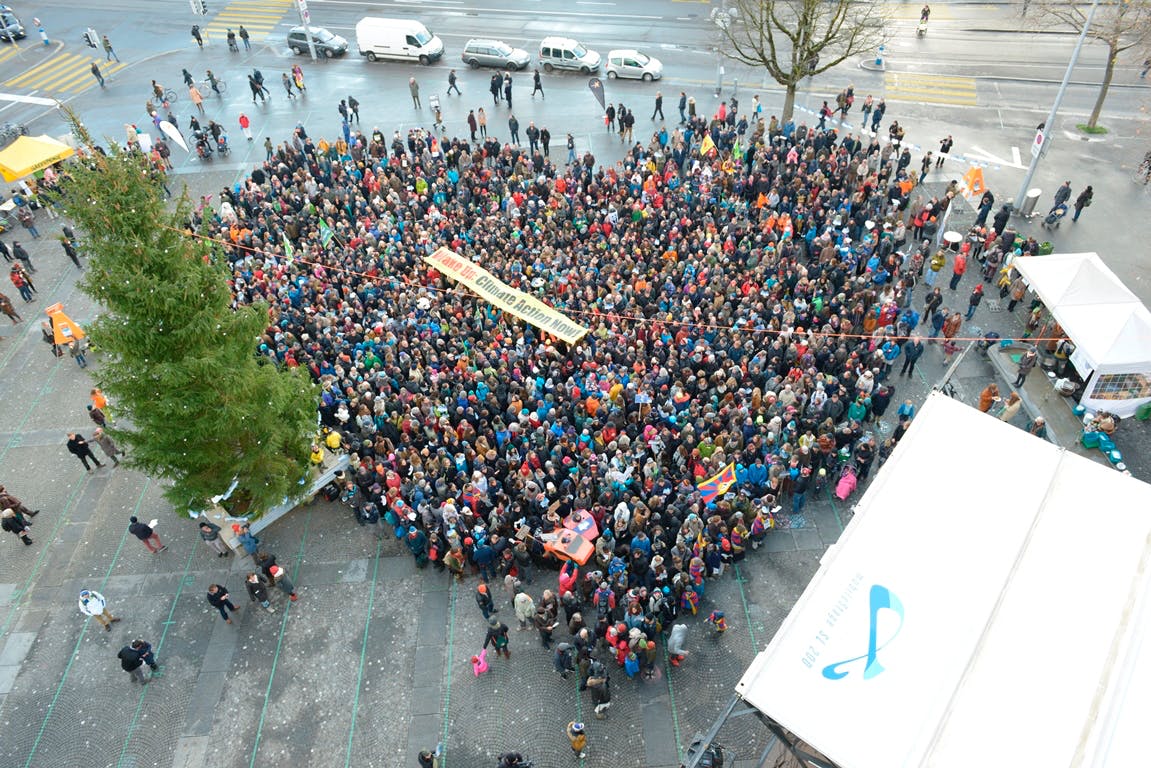 In Zurich, Switzerland, citizens gathered in the form of a heart as a call to action on climate change. 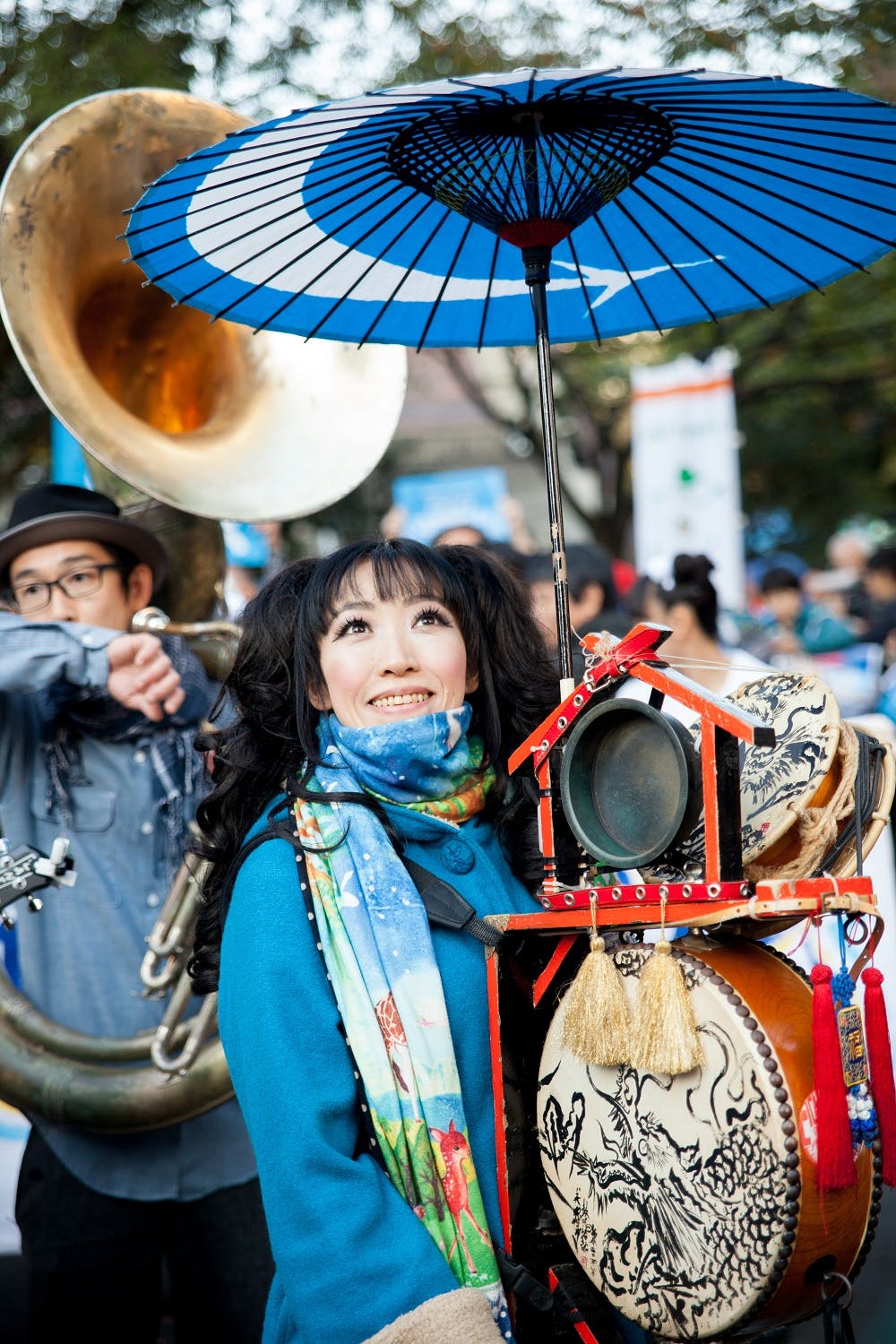 A woman holding a gong leads the march in Tokyo, Japan. About 1,000 environmental activists and citizens, including children, held placards written with “Climate Action Now” and marched on Saturday from Hibiya Park to Tokyo’s Ginza district. 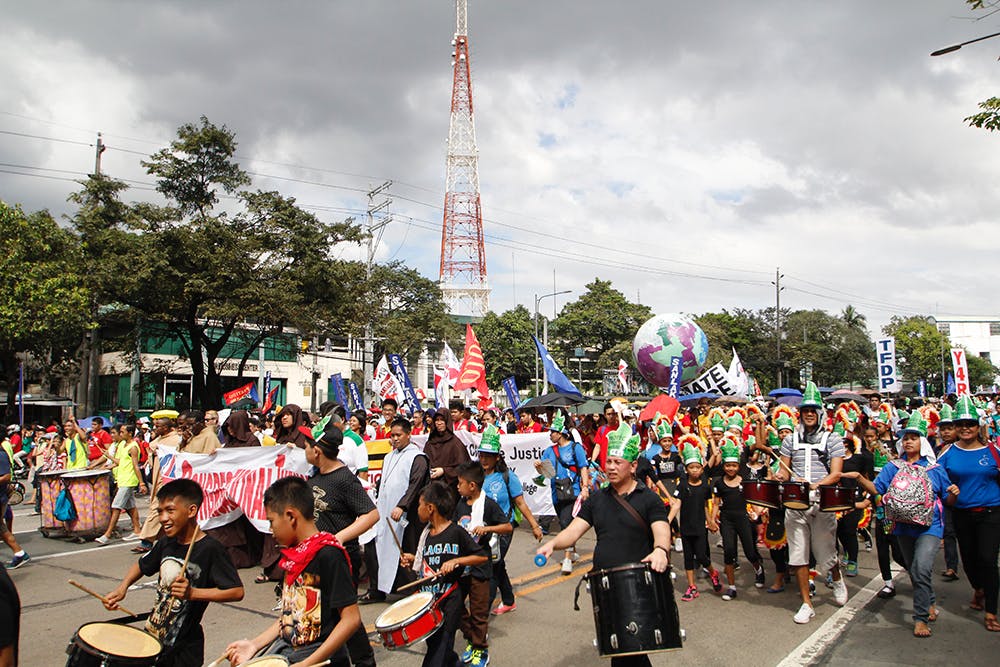 More than 15,000 protesters marched through the streets of Manila on Saturday as citizens converged at the Quezon City Memorial Circle park and called for a bold and ambitious climate agreement on behalf of vulnerable nations in Asia like the Philippines and the Pacific islands. 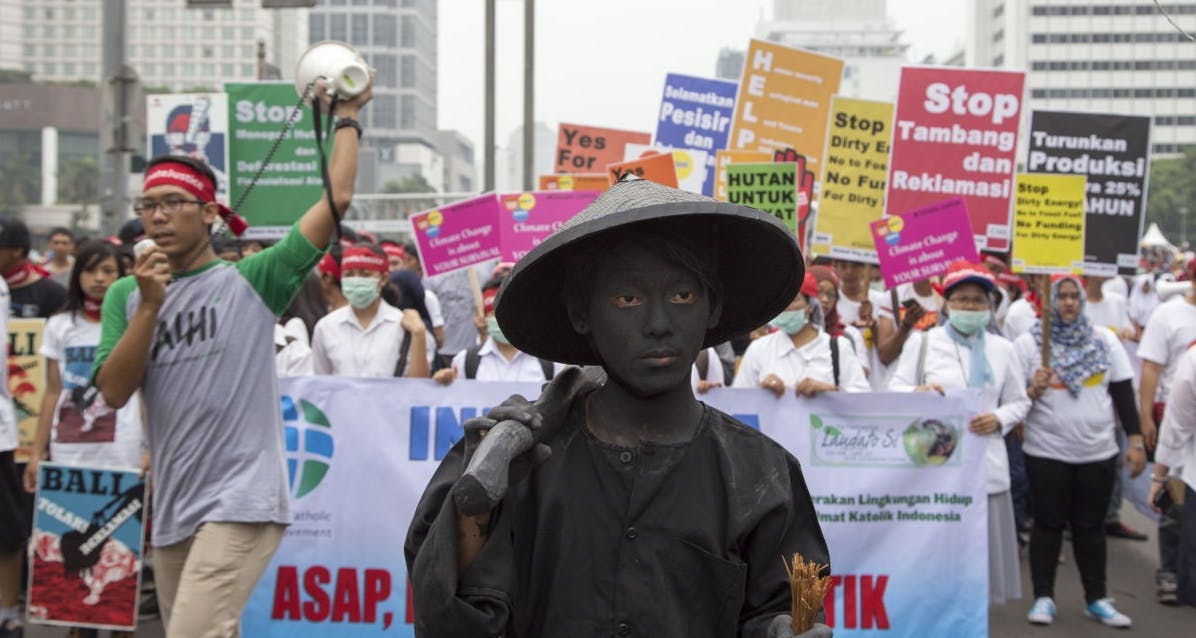 In Jakarta, Indonesians joined the Global Climate March organised by Avaaz and other local environmental groups on Sunday, campaigning against dirty coal. 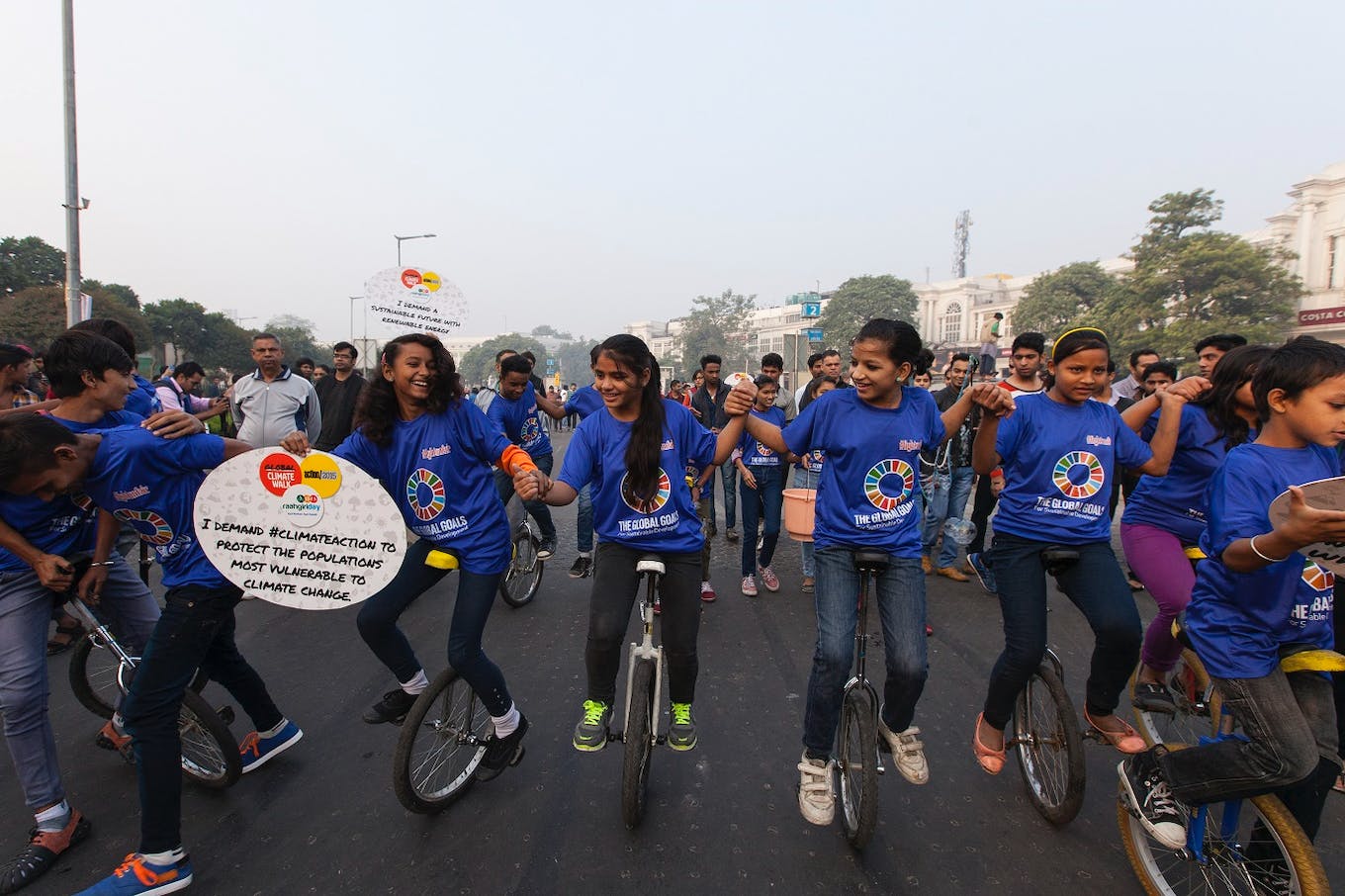 Youths in unicycles in New Delhi, India. Indians also held a people’s climate march in several cities including Kolkata and Bangalore over the weekend. 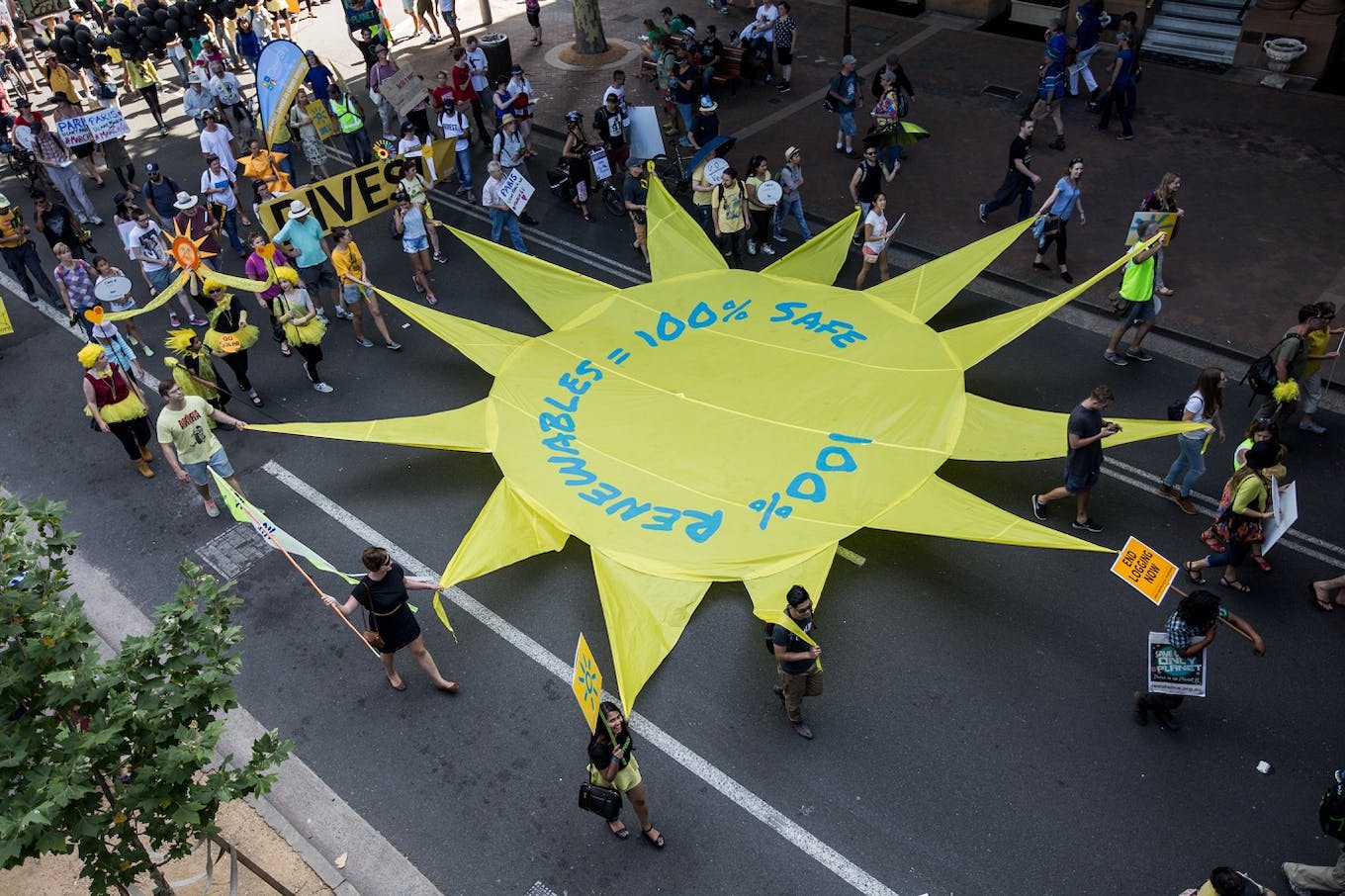 In Australia, citizens held climate marches in cities such as Sydney, Melbourne, Brisbane and Darwin on Friday, Saturday and Sunday.