How this palm oil company is changing education in rural Indonesia

Yayasan Harapan Masa Depan Cerah, or foundation for a bright future, is Cargill Tropical Palm Holdings' way of contributing to the communities it works in. Here's how the foundation is delivering on the promise of a brighter future.

Every weekday morning, Faiz Rizki Maarif from Manis Mata village in Kalimantan, Indonesia gets up before the sun rises. He prays, washes up and has his breakfast. He climbs into his father’s car and rides with him to school, where he takes the brief period before the bell rings to play with his friends.

Once the morning bell sounds, the nine-year-old falls into a neat line with his classmates and files diligently to class, when they greet their teachers and take their seats.

Faiz may hail from a tiny village in rural Indonesia, but he has big, global dreams. “I want to be a scientist, because I want to invent things that are useful and become famous like other inventors,” he tells Eco-Business.

Asked what his favourite subject at school is, he responds: “My favourite class is science, mathematics, Bahasa Indonesia, English, farming and sports.” After school, he sometimes joins in extracurricular activities such as the science club. He has also been to Jakarta twice to participate in science competitions with his school.

Faiz is able to access these educational and development opportunities because he is one of more than 6,000 students across 42 schools in South Sumatra and West Kalimantan, run by educational foundation Yayasan Harapan Masa Depan Cerah (YHMDC).

The foundation, whose name means ‘Foundation for a Bright Future’ in English, was started in 2012 by Cargill Tropical Palm Holdings—the palm oil unit of American agribusiness giant Cargill—in an effort to change the infamous dynamics between the palm oil industry and children. 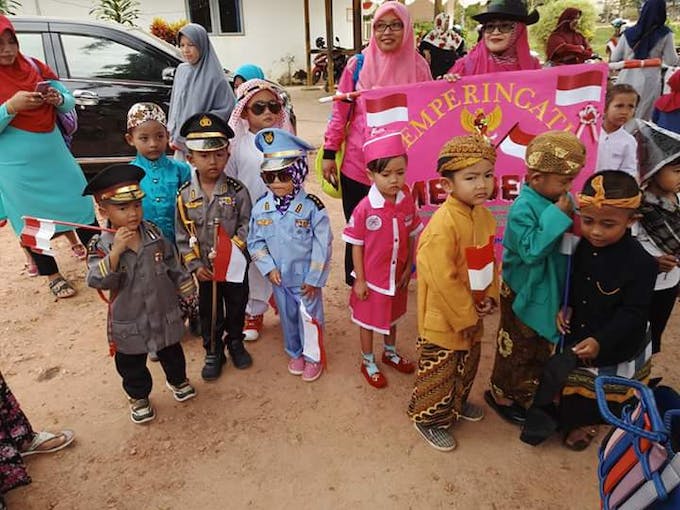 Cargill, which fully funds YHMDC, has oil palm plantations in South Sumatra and West Kalimantan. The company is one of the biggest players in the global palm oil sector, and has prohibited child labour within its operations.

Colin Lee, director of corporate affairs, at Cargill Tropical Palm Palm Holdings, tells Eco-Business in a recent interview that all children have a right to a good education regardless of where they are born.

“For the students of our education foundation, we work to ensure they are equipped with the knowledge needed for success in life; and that means learning academic subjects as well as life skills from as early as kindergarten,” he adds.

The foundation is an effort by Cargill to shake things up in an industry that has long been associated with the exploitation of children.

The agriculture industry provides nutrition to feed billions and raw materials to sustain the global economy. But it also stands accused of relying on the sweat of almost 100 million boys and girls or 60 per cent of child labour worldwide, according to the International Labour Organization.

The palm oil industry is one of agriculture’s major culprits. Plantations are often situated in remote locations in countries such as Malaysia and Indonesia, too far away from corporate headquarters for palm oil giants to have adequate reach or oversight.

Most if not all palm oil agribusinesses today have pledged to eradicate child labour in their supply chains, including Cargill. That’s where YHMDC comes in.

In a recent interview, YHMDC school and education manager Christien Ekawati says that the foundation’s aim is to provide a better quality education to children living within or around Cargill’s plantations, whether their parents work for the company or not.

“Our goal is for YHMDC to provide the best education possible for students, one that helps them grow academically but also their talents and passion, so that they will be successful when they grow up,” she says.

At the outset, the foundation wanted to raise the standards of local schools to national standards while also preparing students for a more globalised, connected world. It does this through enhanced English language programmes, a safety programme, and opportunities to develop communication skills such as in-lesson presentations. Another unique feature are the three-way conferences among parents, teachers and the student, which allow students to advocate for themselves and have a say in decisions about their education.

If these children are given the same chance to a better education as children in towns, they can show their talents as well.

Alfiatun, who like many Indonesians goes by one name, is the principal of a YHMDC primary school in Danau Buntar Village, Ketapang in West Kalimantan. Commenting on the impact that the foundation’s safety curriculum, which teaches students about the hazards of burning and driving motorcycles among others, has had, she notes that students now think twice about doing something unsafe.

“Before the safety curriculum was implemented some students liked to swim in the lake where there are snakes. Now, students remind each other not to do it.”

A number of students have also participated in national-level math and science competitions, and won prizes. The foundation is even planning to introduce holiday activities such as photography classes for students during the two-week school break in December.

The foundation’s efforts have not gone unnoticed. Parent Supriyanto from Manis Mata village thinks that the YHMDC programme is improving education standards across the country.

YHMDC’s approach has also earned its schools accreditation from Indonesia’s education authorities, with a number of them receiving an A grade, which means that the quality of curriculum in YHMDC schools exceeds national standards. Students from A-grade schools can continue their education in any school in Indonesia.

“The schools have good facilities although they are established in remote areas,” Supriyanto adds. As a result, many parents want to enrol their children in these schools but may be unable to get a slot. “This could motivate the government to improve the quality of local public schools, and the community to get better education for their children.” 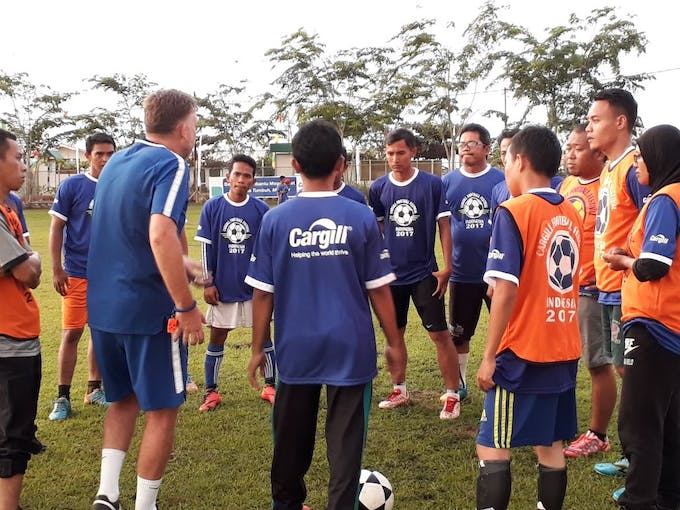 To inspire and encourage students in Ketapang, Cargill and the Chelsea Foundation also flew in professional football coaches from UK premier league’s Chelsea football club in August this year. They conducted football clinics for 200 students and a master class for YHMDC physical education teachers.

Students are not the only focus of the programme; teachers also benefit from YHMDC’s initiatives, says Christien. For instance, YHMDC conducts trainings for staff and invites teachers from nearby, non-YHMDC schools to join as well. This collectively raises the standards of education in the area, she adds.

Junior high school teacher Wiwin from Resak village in Kalimantan has been an educator since 2011, and only joined the YHMDC programme in 2015. “Teaching before involved more lecturing, and was more teacher-centric,” he says. “But in this programme I have become more creative as we learn new teaching methods.”

The foundation is currently running a programme that encourages teachers and principals to be more creative and come up with their own teaching materials, shares Christien. It also gives out scholarships for teachers to improve their skills.

She adds that YHMDC partners district authorities to make the school more sustainable by turning unused spaces into mini gardens, composting and reducing plastic waste. This helps to nurture students to become sensitive towards the environment. 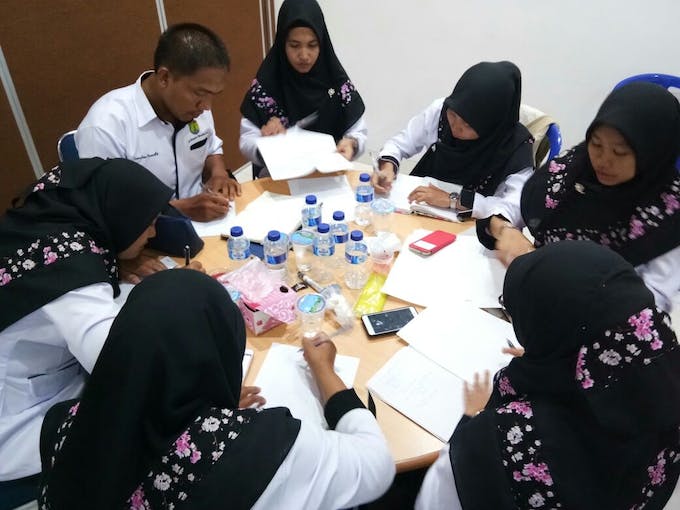 Ultimately, Christien hopes to change the thinking of people who may dismiss the capabilities of children raised in remote areas. “If these children are given the same chance to a better education as children in towns, they can show their talents as well.”

Cargill’s Lee adds: “Being part of an initiative that will make a positive impact on a child’s future is an honour; and to have a hand in creating it, that’s a privilege.”