Filipinos are hungry for cheaper and more reliable electricity to light their homes. Could solar farms built by German company Conergy provide the answer to Filipinos’ power woes?

In the southernmost tip of the Philippines, thousands of residents of Zamboanga City are reeling from a dark past.

For six months last year, the city was hit with one of the worst periods of brownout, the term Filipinos use for power outages, in the country in decades. “It was about four to six hours a day in two-hour intervals,” resident Ellen Enriquez Restor, 41, tells Eco-Business.

Restor, who works as a legal officer for the government’s telecommunication commission in the area, adds: “We had to schedule work that required no power such as filing, or having meetings, for the hours when we had no power.”

Restor and her family are fortunate to have solar panels, batteries, and a small diesel generator which they use to power their home. “Other people bought rechargeable lanterns and lamps from stores,” she shares.

“If we had children at home it would be more difficult. For families who can’t afford to buy rechargeable fans, it was handheld fans made of cardboard or plastic just so the small children can sleep a little comfortably.”

And because brownouts were on rotation, where city officials announced beforehand which part of the city would have power and which part wouldn’t, people had to drive through dark streets and literally see a light at the end of it. “That meant the adjoining street is on their scheduled happy hours. For those without, it meant quiet, humid, and mosquito-filled hours till power comes back on again,” Restor recalls.

Restor is just one of 98 million Filipinos spread out over 7,107 islands who are plagued by perennial power outages.

On August 16, the country’s senate energy committee summoned power firms to a round of investigations for possible collusion, after 20 plants from the Luzon grid shut down at the same time from July 26 to August 5, resulting in three- to four-hour power interruptions in many parts of Metro Manila, Quezon City and nearby suburbs.

The investigation is ongoing as of this time, and the power players have shed little light on the matter, maintaining that the massive shutdown was simply due to scheduled maintenance.

At the senate hearing, energy secretary Alfonso Cusi assured there was ample and steady supply and that a power crisis was unlikely, although he did not specify how long this supply will last.

While everyone seems to be grappling in the dark for answers on the current power situation in the country, Filipinos continue to bear the brunt of rolling brownouts. This means adjusting their lives alongside the few hours they have electricity. For office workers, it means literally toiling by candlelight. For businesses and key establishments, they are compelled to de-load demand from the grid and switch on their own diesel generators to run business as usual.

Asking businesses and key establishments to get off the grid is one of the solutions the government thought of and implemented under the Interruptible Load Programme to distribute power to more people at times when the supply is low. In return, the government paid back the businesses and key establishments, through power distribution utilities, for using their own generator sets.

Energy supply is unreliable in the Philippines, and yet, Filipinos cough up lots of money to pay for it. The country has the fourth highest electricity rate per kilowatt hour in the world at US$0.34 per kilowatt hour.

But all hope is not lost in the Philippines, the 12th most populous nation in the world.

Enjoying abundant sunshine for half of the year and vast tracks of cheap undeveloped lands, the Philippines has ideal conditions to harness the power of the sun for the people.

The question is whether it has the technology and investment capability to do so and whether there are enabling policies in place to make the country attractive to foreign investors.

The answer came in the form of feed-in tariff (FIT) for renewable energy generation, a policy mechanism designed to accelerate investment in RE which the Energy Regulatory Commission approved on July 27, 2012.

The FIT gives producers of renewable energy, such as solar and wind, the benefit of getting guaranteed compensation at a premium rate for the electricity they generate.

Under the RE Law of 2008, the grid operator is obligated to prioritise purchasing power from FIT-qualified power generators over other suppliers, using a fixed price to be paid over a fixed period of time, which, in this case, is 20 years.

According to the Philippine Department of Energy, as of August 31 886.985 MWp of solar PV capacity has been connected in the Philippines with 525.95 MWp eligible to receive the FIT, which is 26 MWp more than the government’s original target of 500 MWp.

We’ve already accomplished a lot in just two years, and yet the solar revolution in the Philippines which we helped spark is just about to take on greater momentum.

Conergy makes inroads into the Philippines

It was amid this policy and energy demand backdrop that German solar photovoltaic (PV) company Conergy, one of the world’s largest downstream solar companies, turned to the Philippines as its next investment market in 2013.

Within just two years from operating in the country, Conergy, along with its local partners, completed a total of 274 MWp of solar capacity in the Philippines, making the Southeast Asian nation its largest market in Asia and the second largest in the world.

The electricity generated by the solar plants built by Conergy was enough to power over 171,300 Filipino homes.

Between September 2015 to March 2016 Conergy and its partners were building eight solar farms simultaneously across the country. Among these 8 projects was the 50 MWp Petrosolar plant in Tarlac which was built on a 55-hectare land in a record of four and a half months.

In the early years, Conergy was one of the leading solar energy companies in Europe. The company eventually pursued a global growth strategy that aimed to offer every energy consumer electricity sourced from renewable energy. Hence the name Conergy, which means energy for the consumers.

Due to its early entrance into the Asian market since 2006 when it established its regional headquarters in Singapore and then built its first utility scale solar power farm in Thailand in 2009, Conergy was able to quickly adapt to the Asian market and, in fact, observed several factors that drove the demand for solar.

Specific to the Philippines, there was a hunger for cheaper and more reliable alternative electricity sources as residents bear among the most expensive electricity rate in Asia and the world.

Aside from the investor-friendly government incentives, Conergy Asia Pacific president Alexander Lenz attributes Conergy’s success in the Philippines to the fact that the country is the fastest growing economy in Southeast Asia in terms of GDP growth, foreign direct investment and population growth.

“These are very real drivers that will support growth in the energy sector,” he said. 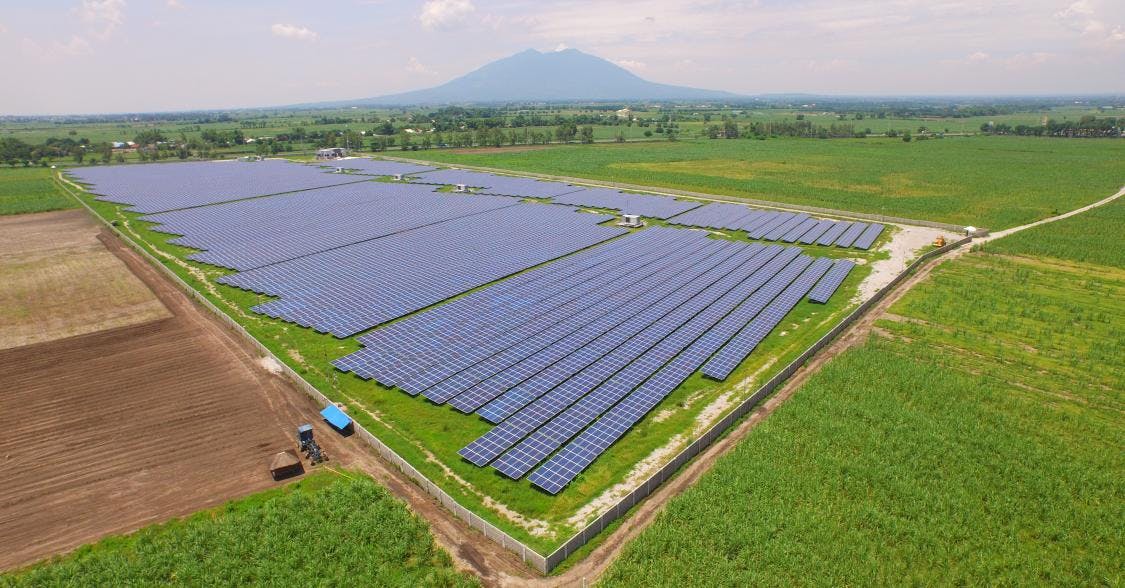 Conergy is pursuing projects with a total capacity of close to 200 MWp in the next 18 months. With Conergy, the Philippines is experiencing a solar power revolution.

But what happens at night when the sun is no longer shining?

Always ahead of its game, Conergy’s answer to this is the solar + battery storage plant. On 24 August, the company announced its AU$42.5 million Lakeland Solar and Storage (LSS) project located near Lakeland in North Queensland, Australia which has commenced construction and has a target commissioning date of April 2017.

While power generation from solar plants is fairly predictable, supply fluctuations within a day are inevitable due to the intermittent nature of solar energy, with solar production subject to the weather conditions at site. But with the addition of a storage component, energy produced can be stored and dispatched at night or during overcast days when solar power generation is limited.

Once fully operational, the LSS project, which consists of a 13MW solar array (featuring 41,440 solar panels) and a 1.4MW/5.3MWh Conergy “CHESS” storage solution, is expected to produce over 22,600 MWh per year, enough to power over 3,000 homes both during the day and night.

Alexander Lenz added, “It will only be a matter of time before Conergy duplicates the same PV+storage technology we’ve used in Australia in the Philippines, to enable more Filipinos to have 24x7 access to clean, safe and reliable solar energy for their homes and businesses.”

Solar farm developers and commercial building owners can build solar and storage capacity far more economically than individual consumers. They also have the financial muscle to support the sizeable investments required for solar projects.  These projects represent the best opportunity for solar power to further contribute to the country’s energy mix in both the short and long term.

“We’ve already accomplished a lot in just two years, and yet the solar revolution in the Philippines which we helped spark is just about to take on greater momentum. With the help of our customers, investors and local partners, together we can play a decisive role in limiting global warming and make a lasting change in the country’s energy landscape,” Lenz concluded.