Professor of Chemical Engineering and Chemistry 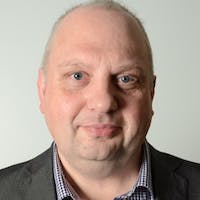 Professor Peter Styring’s expertise lies in the field of catalysis and functional materials, together with their continuous flow processing that allows reactions to be rapidly taken from the Discovery scale to the Production scale over a short time scale. Peter is now regarded as one of the world experts in Carbon Capture & Utilisation (CDU) with increasing expertise in CDU policy.

Professor Styring is an author of the highly influential Carbon Capture and Utilisation in the Green Economy policy document that has received global acclaim. Professor Styring is working with government through consultation on future strategies for CDU both at national and European level.

Professor Styring is Chair of the CO2Chem Network, the largest global network of academics, industry and policy makers with interests in CDU. The network currently has 900 members and is continually growing. Giving network members access to a vast database of knowledge and potential collaborators in this exciting field of research.

Professor Styring has considerable expertise in catalysis and physical & synthetic organic chemistry having previously been a Lecturer in Organic Chemistry sponsored first by Thorn EMI and then DERA. He gained a BSc and PhD in Chemistry at the University of Sheffield before going on to work in Spain and the USA before moving back to the UK. Professor Styring is currently working on novel solid carbon capture agents combined with solid supported catalysts that can act in tandem and so reduce process costs while increasing energy efficiency. Professor Styrings work in CDU is extended through efforts in the production of polymers, small molecules and liquid fuels, using the commercially viable products as energy stores from renewable power.

CO₂ shortage: why can't we just pull carbon dioxide out of the air?

CO₂ shortage: why can't we just pull carbon dioxide out of the air?