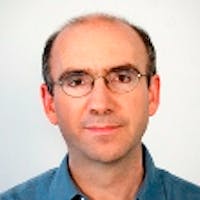 Dr. Joseph Romm is a Senior Fellow at American Progress. He oversees the blog ClimateProgress.org, which was named one of Time Magazine's Fifteen Favorite Websites for the Environment in 2007. In December 2008, Romm was elected a Fellow of the American Association for the Advancement of Science for “distinguished service toward a sustainable energy future and for persuasive discourse on why citizens, corporations, and governments should adopt sustainable technologies.” In a March 2009 column in the New York Times, Tom Friedman noted that Dr. Romm is "a physicist and climate expert who writes the indispensable blog climateprogress.org." In March 2009, Rolling Stone also named him one of of "The 100 People Who Are Changing America" calling him "America's fiercest climate-change blogger." And in April, U.S. News & World Report named him "one of the most influential energy and environmental policymakers in the Obama era."

Dr. Romm served as acting assistant secretary at the U.S. Department of Energy's Office of Energy Efficiency and Renewable Energy during 1997 and principal deputy assistant secretary from 1995 though 1998. In that capacity, he helped manage the largest program in the world for working with businesses to develop and use advanced transportation and clean energy technologies—$1 billion aimed at energy efficiency, hybrid vehicles, electric batteries, hydrogen and fuel cell technologies, renewable energy, distributed generation, and biofuels. Dr. Romm helped lead the administration's climate technology policy formulation, and initiated, supervised, and publicized a comprehensive technical analysis by five national laboratories of how energy technologies can reduce greenhouse gas emissions at low-cost: Scenarios of U.S. Carbon Reductions. He is author of Hell and High Water: Global Warming—The Solution and The Politics (William Morrow, January 2007). He is coauthor of the Scientific American article, “Hybrid Vehicles Gain Traction” (April 2006) and author of The Hype About Hydrogen: Fact and Fiction in the Race to Save the Climate, named one of the best science and technology books of 2004 by Library Journal. Romm holds a Ph.D. in physics from M.I.T. and researched his thesis on physical oceanography at the Scripps Institution of Oceanography.