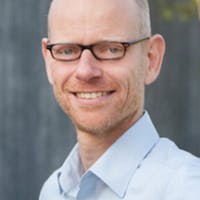 Niklas Höhne is lead author for the IPCC Fourth and Fifth Assessment Report for the chapter on climate policies and international cooperation. He is also lead author of the UNEP Emissions Gap reports 2010 to 2016. He created the Climate Action Tracker that tracks commitments and actions of countries on climate change.

Niklas Höhne holds a PhD from the University of Utrecht for his dissertation on “What is next after the Kyoto Protocol – Assessment of options for international climate policy post 2012″. His work on sharing the effort of reducing emissions between countries led to the IPCC statement that developed countries would need to reduce emissions by 25% to 40% in 2020 compared to 1990 to be compatible with limiting global temperature increase to 2°C.

He participated as expert in hearings of the European and German parliament. Before co-founding NewClimate Institute, Niklas Höhne worked at Ecofys, a leading climate and energy consultancy (2001 to 2014), where he last was Director of Energy and Climate Policy.

Previously he was a staff member of the UNFCCC secretariat (1998 to 2001), where he supported the negotiations on various issues, including reporting under the Kyoto Protocol, projections of greenhouse gas emissions, fluorinated greenhouse gases and emissions from international transport.