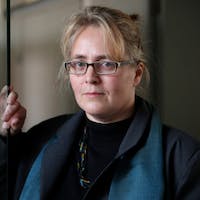 Nives Dolšak studies how common pool resources are governed. She looks at the role of community action, social capital, market-based instruments, as well as traditional regulatory policies. Her research has examined these issues in the context of Washington State, the United States, Eastern and Central Europe, as well as the whole world. A special area of focus is on global climate change policies that have been developed and implemented from the local to international level. Regionally she studies collaborative salmon management through Washington Sea Grant funded research, and serves as a member of the Puget Sound Partnership’s Science Panel. She is jointly appointed with the University of Washington, Bothell, School of Interdisciplinary Arts and Sciences. Dr. Dolšak received her Joint Ph.D. in Public Policy and International Relations from Indiana University, Bloomington.