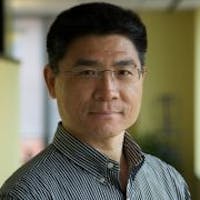 Shouqing Zhu is a Senior Associate and Head of China Finance Centre at WRI's Beijing office. He leads and coordinates WRI’s work related to promoting sustainability in the financial system in China, which focuses on improving the environmental and social performance of Chinese investments, both overseas and domestic. He has served as a team leader for the Green Finance Task Force of the People’s Bank of China, the international coordinator for the Green Finance Task Force of the China Council for International Cooperation on Environment and Development (CCICED), and team leader for China green finance studies of the Asian Development Bank.

Shouqing holds an M.A. degree in World History from Peking University and an M.Phil. degree in Development Studies from the University of Cambridge. He also pursued doctoral research in banking regulation and management at the University of Melbourne. He is a certified Project Management Professional (PMP) and Greenhouse Gas Inventory Quantifier (GHG-IQ).