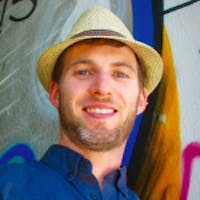 Gregory Scruggs is a senior correspondent for Citiscope.

He writes about urban issues worldwide and has reported from over a dozen countries. As a United Nations correspondent for Citiscope, Gregory extensively covered the global debate leading to the UN’s Habitat III conference on cities in October 2016. He specializes in cities and culture in the Americas and previously lived and worked in Brazil. He is fluent in English, French, Portuguese, and Spanish.