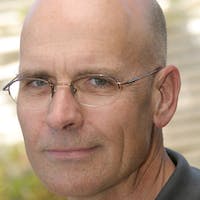 Until early 2008 Clive Hamilton was the Executive Director of The Australia Institute, Australia’s leading progressive think tank, which he founded in 1993. Prior to that he taught at the ANU and was a federal public servant. He has held a number of visiting academic positions, including at Sciences Po, Yale University and the University of Oxford. He is currently a member of the Climate Change Authority. In 2009 he was the Australian Greens candidate in the Higgins by-election.

Clive is the author of a number of best-selling books, including Growth Fetish, Affluenza (with Richard Denniss), and Requiem for a Species: Why we resist the truth about climate change. His most recent book is Earthmasters: The dawn of the age of climate engineering (Yale University Press, 2013).