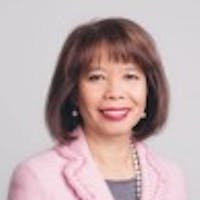 Cecilia Reyes has over 20 years experience in the international financial markets. Ms. Reyes worked from 1990 until 1995 for Credit Suisse in Zurich in various roles in Credit Suisse Asset Management, global treasury and securities trading. In 1995, she started working with ING Barings in London and in 1997 she became a director and head of trading risk analytics. She moved to Amsterdam in 2000 as head of risk analytics for ING Asset Management to develop risk management methods for the asset management operation. Ms. Reyes joined Zurich in 2001 as regional manager for Group Investments with responsibility for North America, and became regional manager for Europe and International Businesses in 2004. From April 2006 until March 2010 she was Head of Investment Strategy Implementation. Ms. Reyes was appointed Chief Investment Officer and member of the GEC effective April 2010. In April 2015 she took on the additional responsibility of Regional Chairman of Asia Pacific and in July 2015 she assumed her current role as Chief Risk Officer.

The Paris Agreement – What next for business?

The Paris Agreement – What next for business?