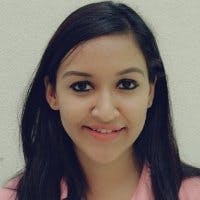 Roomana Hukil is Research Assistant and Program Officer at the Australia India Institute @ Delhi. She initiates research support to the Foundation Director of the Australia India Institute based at the University of Melbourne. She also works on leadership initiatives, grants management, community engagement and events. Prior to this, she was Coordinator at the Centre for Internal and Regional Security and Non-Traditional Security Programme, at the Institute of Peace and Conflict Studies from 2012 to 2014.

Her primary research focus is on geopolitics, climate change, human security and sustainable development in the Asia-Pacific. She also focuses on water conflicts in South Asia with particular attention on transnational relations, resource security, water sharing agreements, and dispute resolution mechanisms especially on the Brahmaputra basin.

At present, she is in the process of writing for an upcoming book, titled ‘Law and Society in South Asia’ and a Special Report titled ‘India China Relations: The Brahmaputra Deadlock’. She is associated with the Near East and South Asia (NESA) and the Global Partnership for the Prevention of Armed Conflict (GPPAC) networks.

She has graduated in Journalism (Hons.) from Delhi University; and holds a Masters degree in Conflict Analysis and Peace Building from Jamia Millia Islamia University in 2011. Prior to joining the IPCS, she interned with CNN IBN, Hindustan Times, The Times of India and the Centre for Science and Environment. She has been a recipient of “Educational Scholarship” from the Rotary News Trust via the Rotary International District 3010 in Journalism.