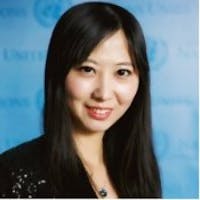 Liu Meng was appointed as China Representative of the United Nations Global Compact, the world’s largest corporate sustainability initiative by the United Nations (UN) since June 2010. Between 2007 and 2009, she served as China Network Manager. Ms. Liu is responsible for the UN Global Compact’s strategic expansion, participant management, and network building in the region. Prior to this role, Ms. Liu worked for the United Nations Office of the High Representative for the Least Developed Countries, Landlocked Developing Countries, and Small Island Developing States. She has extensive first-hand experience with sustainable development and corporate social responsibility issues in both the public and private sectors. She has been employed by the Asia Foundation, World Resources Institute previously and has been involved in major projects on sustainability with the World Bank and the Asia Development Bank prior to joining the United Nations.