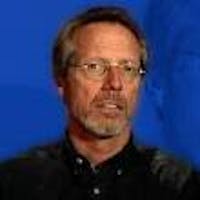 He is a social entrepreneur, founder of four start‐up companies, and has served as CEO of two public companies. He is also the Co-founder and former Chairman of KZO Innovations, Inc., a venture capital funded software company that created the technology for the Learning 2.0 Platform.

Previously, he co-founded and was CEO of Kidz Online, a nonprofit educational organization that pioneered peer technology training programs as broadband interactive video and webcasts. Phil was founder and CEO of International Dynergy Inc., a public company that financed and installed $50 million of wind turbine generators in Palm Springs, CA. He was Senior Vice President and member of Board of Directors of AutoTrain Corporation, an American Stock Exchange Company that transported automobiles and passengers to Florida and CEO of its subsidiary Railway Services Corporation.

Phil has raised millions of dollars in venture capital, congressional earmarks, and sponsorships and has written over 70 articles published in national magazines and trade journals relating to his various businesses.

Can shellfish be a profitable food source and clean up the Arabian Gulf?

Can shellfish be a profitable food source and clean up the Arabian Gulf?