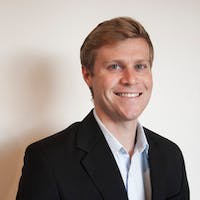 Dr Christian Downie is a Vice Chancellor’s Postdoctoral Research Fellow at the University of New South Wales and a visiting Research Fellow at the Australian National University. Prior to his research appointments in 2014, Christian was foreign policy advisor to the Australian Government’s Department of the Prime Minister and Cabinet and a climate policy advisor to the Department of Climate Change.

Christian holds a PhD in international relations and political science from ANU, having graduated from the University of Sydney with first class honours in economics. He has spent time teaching or researching at the Massachusetts Institute of Technology, the London School of Economics and Political Science and the University of Chulalongkorn, among others, and he has worked in policy think tanks in Canberra and Washington D.C. His first book, The Politics of Climate Change Negotiations, was published in 2014.

Mining the divide between coal lobbies and energy companies

Mining the divide between coal lobbies and energy companies

The G20 has a crucial role in preventing future energy crises

The G20 has a crucial role in preventing future energy crises