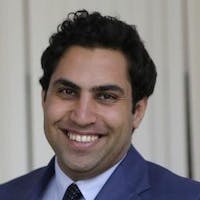 He previously worked as a Team Leader for the World Bank funded programme to the League of Arab States on Institutional Development to Strengthen Arab Policy and Participation. Prior to this, he served as the Youth Policy Advisor in the League of Arab States in Cairo and as an officer in the Technical Secretariat of the Arab Youth and Sports Ministers Council. Past experience also includes serving as a Team Leader for the National Youth Policy Project in Iraq, a Youth Programme Associate at the Iraq office of the UN Population Fund (UNFPA) and as an Emergency Programme Officer at the non-governmental organization Save the Children. As a regional consultant, he has also supported the Danish Youth Council’s projects in the Middle East and North Africa.

Why young people are key to tackling climate change

Why young people are key to tackling climate change