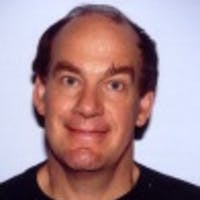 Ian M. McGregor is a Lecturer in Management at the University of Technology Sydney (UTS) and a member of the Climate Action Research Group in the Cosmopolitan Civil Societies Research Centre at UTS. He was head of UTS’s delegation at COP-15 in Copenhagen. He is also on the Steering Committee of Climate Action Network Australia (CANA) which is a member of Climate Action Network (CAN) International. His past research has examined National Indicators of Sustainable Development, Corporate Capitalism and Ecologically Sustainable Development and Global Climate Change Governance.

His PhD research examined global climate change politics over the period 1985 to 2005 with a particular focus on the role of non-government organisations, including business organisations in the process. He has attended every climate summit since the Copenhagen Climate Summit in 2009. Since the Cancun Climate Summit in 2010, he has been an official adviser to one of the Least Developed Countries during the negotiations.