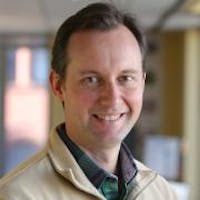 Nigel Sizer is the Global Director of WRI's Forests Program. This includes Global Forest Watch, the Forest Legality Alliance and the Global Restoration Initiative. Nigel supports a team of about 60 staff, many of them based overseas, including in the Congo region, Indonesia and Latin America.

Prior to WRI Nigel served as vice president for Asia with Rare. He expanded operations into China, and conceived and developed a grassroots effort to link impoverished communities in Indonesia to global carbon markets. In 2008, he also served as lead advisor on climate change and energy issues in Asia to former President Bill Clinton and the Clinton Global Initiative. He has also worked with UNEP in Nairobi, and established The Nature Conservancy’s Asia-Pacific Forest Program.

Nigel previously worked for WRI from 1992 to 2001. He was initially tasked with creating a program to promote conservation and sustainability in the Amazon Basin. Later on, he led a team of WRI policy experts working on forests and biodiversity issues around the world including the Forest Frontiers Initiative (1997) and the first version of Global Forest Watch (1999).

Nigel holds Bachelors, Masters and Doctoral degrees in natural sciences and tropical forest ecology from the University of Cambridge, UK. He has lived and worked overseas for 15 years out of the 25 years since he graduated from university, including 10 years in Indonesia, three years in Brazil and two years in various parts of Africa. He has served on numerous boards, including for The Rainforest Foundation, the Amazon Alliance, the Global Forest Foundation, and the Andean Center for Sustainable Development. He also founded and co-chaired The Forests Dialogue, and helped establish and lead the Asia Forest Partnership.