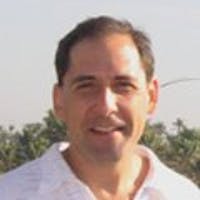 James Fahn is the Global Director of Internews’ Environmental Programs and the Executive Director of the Earth Journalism Network, which aims to improve the quantity and quality of environmental coverage.

Fahn is a journalist who has primarily focused on environmental issues in developing countries. For nine years during the 1990s, Fahn was based in Thailand where he was a reporter and editor for The Nation, an English-language daily newspaper based in Bangkok, and hosted a television show. His book, "A Land on Fire," published in 2003, recounts the issues and scandals he uncovered while working on the environmental beat in Southeast Asia. Fahn has also written for the New York Times, Newsweek, The Economist, the San Francisco Chronicle, the Jakarta Post, SciDev.net, Nature.com, the Huffington Post and currently writes a column for the Columbia Journalism Review.

Fahn received UNEP’s Global 500 Award for The Nation’s environmental reporting, and was pinned by Her Royal Highness Princess Maha Chakri Sirindhorn for his service to Thailand. Fahn was co-founder of the Thai Society of Environmental Journalists. He has also worked for the Ford Foundation as a programme associate in the field of environment and development. He holds a master's degree in international affairs from Columbia University and a bachelor’s degree from Amherst College.