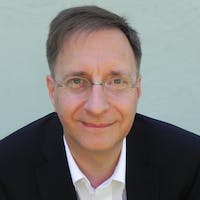 Robert is considered one of Europe's leading experts on NGOs and activism. He has contributed numerous articles and papers to management and academic publications, and has been interviewed widely, from the Financial Times and BBC Television News to Reuters Television and Swiss National Radio. He is a highly regarded trainer on managing activist risk and has developed several popular workshops on the topic. He is also a visiting lecturer to undergraduate and postgraduate courses at several UK universities and a member of the Editorial Board of the Journal of Communications Management.

Robert was inspired to create SIGWATCH as a result of working at board director level of the public relations and issue management consultancies Fleishman-Hillard UK in the 1990s and before that, with the Quentin Bell Organisation. During this time he observed the increasing impact on businesses and politicians of professional campaigning groups. Robert has built SIGWATCH into the world's leading research and strategy consultancy on NGOs. Today SIGWATCH has over fifty clients across the world, nearly all sector-leading multinationals, supported by a global network of researchers and analysts.

Robert has a degree in physics from the University of Durham, England.