A solar solution that can be installed in a day has launched in Malaysia, a country that aims to produce 20 per cent of its energy from renewable sources by 2025.

In 1996, coal only represented 8 per cent of Malaysia’s electricity generation mix. Fast forward 20 years, coal’s share has risen to 42.5 per cent. This is higher than coal’s share for Southeast Asia, when by 2040 the International Energy Agency expects coal power generation to rise by two-thirds, to 40 per cent.

In Malaysia, the fossil fuel has received some welcome news recently. Newly re-elected Prime Minister Tun Dr Mahathir Mohammad said at the Conference of the Electric Power Supply Industry (CEPSI) in Kuala Lumpur in September that while Malaysia sources much of its coal from overseas, it should source more from its own reserves.

This drew opposition from the likes of green group World Wide Fund for Nature (WWF), which has said that an expansion of Malaysia’s coal ambitions would hinder the country’s commitment to the Paris Climate Accord and the country should focus on supporting renewable energy instead. 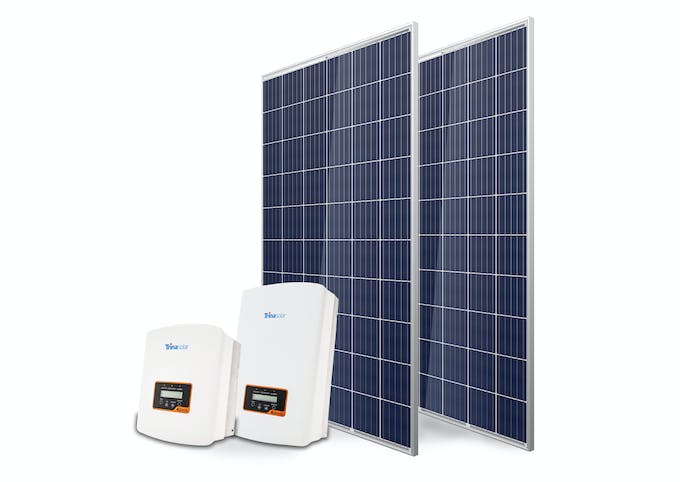 Malaysia is the first country in Southeast Asia to be introduced to the Trinahome, an all-in-one solar energy solution targeted at home owners and small-to-medium sized enterprises (SMEs) that want to reduce both their environmental footprint and their energy bills.

The system comes with all the required components, such as cables, invertor, connector and accessories, in a box.

The New York Stock Exchange-listed Trina Solar, which is the world’s largest maker of solar energy solutions, said it sees ample opportunity to increase renewable energy’s share of Malaysia’s energy mix, even though uptake to date has been slow.

The company’s senior sales director, Asia Pacific and Middle East, Ku Jun Heong said that wider adoption is possible as more consumers take an interest in generating their own energy.

“The adoptation of renewable energy in Malaysia is increasing rapidly. At the moment, Malaysia holds the third place in Asean for solar capacity with 362 megawatts (MW),” he noted.

With the change of government five months ago, some of the country’s key objectives for energy policy are to prolong the life of nation’s oil and gas reserves, ensure there is adequate electricity for everyone, diversify the energy mix and minimise the impact on the environment. The government is targeting an increase in renewables’ share of the energy mix from 2 per cent now to 20 per cent by 2025.

Currently, Malaysia’s installed renewable capacity as of June this year is 575MW. Renewable sources include biomass (99MW), biogas (59MW) and small hydro (42MW), but solar is by far the biggest contributer, with almost 75 per cent of the total, at 375MW.

“We attribute the increase [in renewable energy capacity] to a growing appreciation for solar energy and positive government policies, such as feed-in-tariffs and net energy metering,” said Ku.

With abundant sunshine all year around, it makes sense that solar energy plays an important role in Malaysia’s energy mix. Plus, the cost of solar energy has reduced dramatically over the past 10 years and it is now a lot more affordable.

Speaking at a media briefing for the launch of Trinahome, Daphne Chee, the product’s business lead, Asia Pacific and Middle East, shared that the price of the system starts at about RM12,000 (US$2,894).

Besides offering an all-in-one solution, Trina Solar has a market edge because the company develops its own solar cell technology. “We work with top scientists in China and other parts of the the world to develop solar cell technology. Coupled with better systems integration, we are able to provide great power efficiency,” said Ku.

As for the installation process, Trinahome can be set up in one day—depending on the weather—and can be installed on any type of roof by technicians certified by Trina Solar.