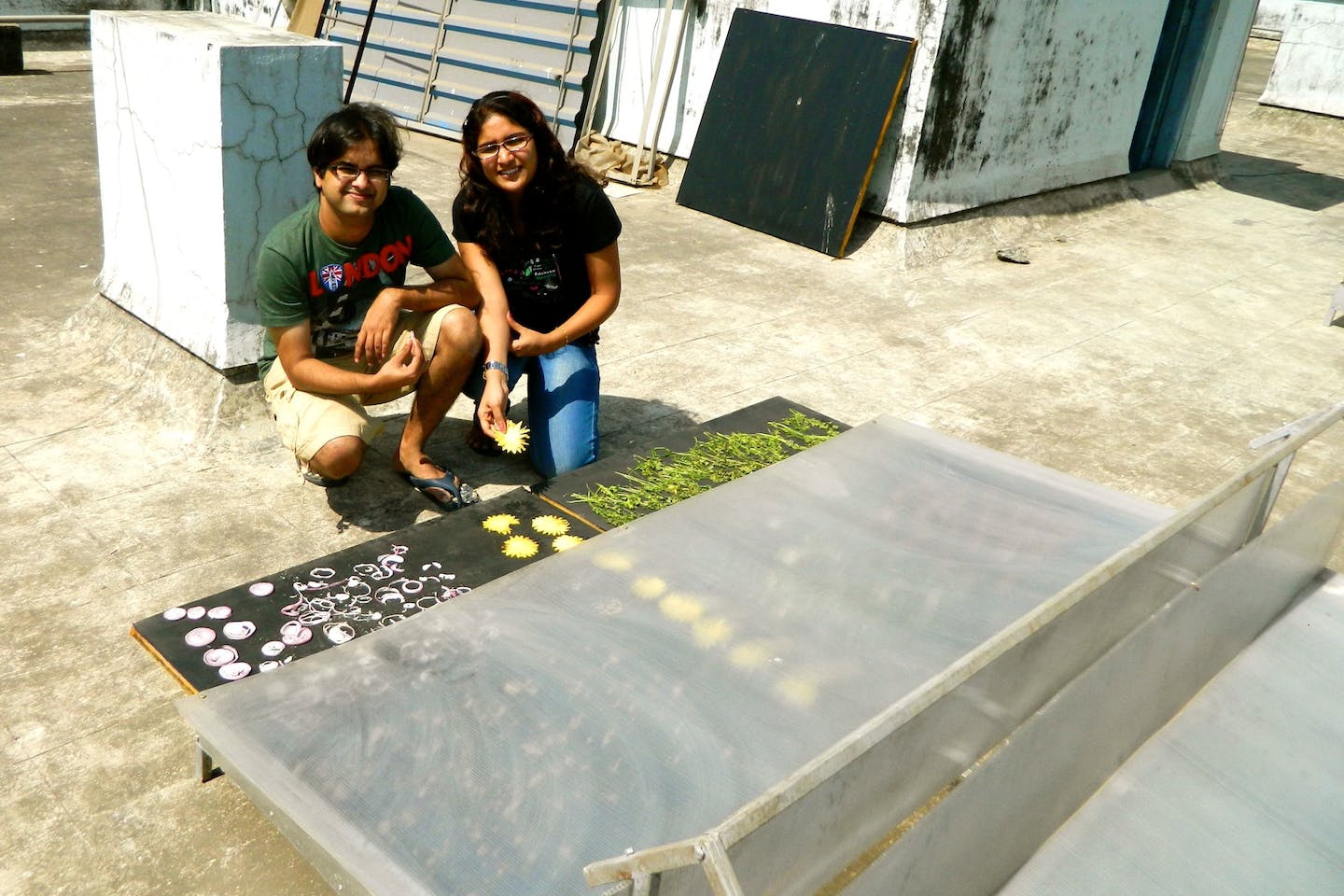 A group of Indian graduate students have come up with a solution that addresses key shortages faced by rural Indians - food, electricity and income.

Vaibhav Tidke, Shital Somani and Aditya Kulkarni used their different scientific backgrounds to develop a solar conduction dryer which dries out fruits and vegetables, enabling farmers to preserve and sell the food for a higher price. This solves several problems at once since the technology reduces food spoilage, extends food shelf life and allows nutritional value retention, helping the largely agriculture-dependent Indian population to earn more.

Their creation, simply called the Solar Conduction Dryer (SCD), recently won the grand prize at the 2013 Dell Social Innovation Challenge (DSIC), an initiative of the RGK Center for Philanthropy and Community Service at the LBJ School of Public Affairs in the University of Texas. The trio received US$60,000 in prize money to help fund and commercialise their project.

Somani, one of the co-founders of social enterprise Science For Society India, said, “Our solar conduction dryer will act as a boon for the farmers and fishermen with poor access to electricity.” The dryer gives them a “revolutionary sustainable technology” that will address the “agrarian crisis” and alleviate their impoverished conditions, she added.

Currently, 72 per cent of India’s over 1.1 billion people are located in poor, rural communities, according to the World Bank. Their livelihood depends on agriculture and other natural resources.

Of the yearly harvested crops, however, farmers lose 20 to 30 per cent of 74 million tonnes of fruits and 143 million tonnes of vegetables, said the group. This equates to 65 million tonnes of wasted food due to post-harvest handling and lack of storage, which otherwise could have been money on farmers’ pockets or food on the table.

This huge loss is part of the global food waste and foodprint problem that the United Nations Environment Programme (UNEP) is intent on addressing through their current ‘Think, Eat, Save’ campaign. The 2013 initiative aims to put an end to the 1.3 billion tonnes of food wasted during the production and consumption of food worldwide, by encouraging everyone, especially hotels, restaurants, supermarkets and households, to change their habits and practices.

For Tidke and partners, the missed opportunity to sell the foodstuff and earn income is also aggravated by the fact that the yield could have been dried and preserved, which will raise its market value and provide farmers with increased profits.

Preserving fruits and vegetables is commonplace in the food and agriculture industry. Dehydration technologies are used to extend shelf life and increase product value. These are typically electric-powered equipment, and in the rural areas of India, there is little supply of regular electricity for eight hours of a day so these dehydration technologies are not viable, explained the students.

This makes their solar conduction dryer an “appropriate solution”. By harnessing the sun’s renewable energy, it is low-cost and easy to operate. Farmers only need to spend on the upfront fee of about US$57or 3,500 rupees for the dryer, and this is quickly recovered once profit is increased through the selling of higher priced preserved fruits and vegetables.

The dryer developed is a plain rectangular box that has an internal black surface and clear lid. Farmers simply place the sliced fruits and vegetables on the surface, which dries it using the heat absorbed from the sun. According to the innovators, even illiterate farmers can manage the dryer.

And unlike other solar-powered dryers, which are pricey and use the more complex convection heat transfer process, the SCD is 25 per cent more efficient and stores 45 per cent more of the fruits and vegetables’ nutritional value.

Aside from agro products, marine products can also be dehydrated, said the group. They added, “This project achieves the dual objective of economic improvement of farmers, fishermen and national growth as well.”

Currently, the partners have expanded their reach by including women groups as beneficiaries, encouraging them to become self-sufficient entrepreneurs. The group is also waiting for their technology’s patent in India, while working with UNEP and Bayer Germany to improve the dryer, lower its cost and transfer the technology to other developing countries.