Take a closer look at the job descriptions of corporate bosses, and know what motivates them, says Stephen Langton of management consulting firm Russell Reynolds Associates.

Sustainability is fast becoming a boardroom priority but there is still a “rhetoric gap” between what corporate leaders say, and the actions that they take. 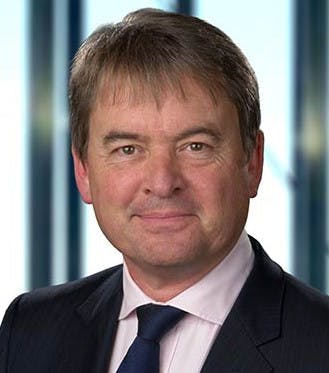 One way to do this, is to set sustainability key performance indicators for corporate leaders to meet, he said.

A recent study of corporate bosses by Russell Reynolds found that just under half of them are taking action to integrate sustainability into their businesses, although nearly double the proportion believe it is critical to their success and survival. Consisting of interviews conducted this year with 55 chief executives and board members who have a track record of integrating sustainability into business strategies, the study was part of Russell Reynolds’ work with the United Nations (UN) Global Compact. The latter is an initiative for businesses to adopt sustainable and socially responsible policies.

In an interview with global communications firm APCO Worldwide, Langton sheds light on why companies are becoming more sustainable, and what motivates sustainability leaders in Asia.

We need to change the job descriptions of corporate leaders… it’s important to hold people accountable and incorporate sustainability in their key performance indicators.

How has Covid-19 affected companies’ goals?

It would be easy to presume that in the Covid-19 era, sustainability goals would take a backseat. We have found the opposite to be true.

With more understanding from stakeholders on Covid-19’s impact on profitability and revenue, we have found companies starting to bring in other agendas, and sustainability is clearly a priority. They are prioritising sustainability for commercial reasons, not as an apology for climate change anymore.

Through our work with the UN Global Compact and business leaders, we found that, to some extent in the past, some felt it was a trade-off, that you had to choose between profitable growth and being truly sustainable. Many business leaders believed that you couldn’t have both.

But things have changed. The new era of boards and CEOs recognise that in order to be commercially successful, they would have to be sustainable too. Tomorrow’s customers, employees, shareholders and investors will not support them unless they are sustainable.

This has now become a strategy for commercial success—we see that shift happening across the world.

You mentioned that companies are becoming more sustainable for commercial reasons. Could you elaborate?

There has been a debate on why we have to be sustainable. Are we doing this to apologise for our commercial gains, for our use of resources, and to buy forgiveness? I think that era has passed. Now, sustainability is linked to attracting talent and connecting with customers and stakeholders.

From our research, we know that tomorrow’s top talent will make choices based on whether their values align with an organisation’s.

What have you observed about sustainability leaders in Asia?

It’s a good question. When we were interviewing business leaders as part of our work with UN Global Compact, one of the things we wanted to find out was why they had chosen to make sustainability a priority. Surely it was easier to just be commercially oriented. Based on the responses, we identified three sources of motivation.

Forty-five per cent were what we call “born believers”. They said, “In school, I was obsessed with recycling, switching off the lights and worrying about pollution, I don’t think anything happened to change my perception, it just was me.”

Forty-three per cent were convinced by facts, logic and data. For some, it was the Al Gore documentary (on climate change), An Inconvenient Truth. They were convinced by what they saw, were rational and logical, and were compelled to act.

As for the remaining 12 per cent, we call them the “awakened”. They personally experienced something. Some had lived in the countryside and moved to the city before returning to the countryside years later. They saw a difference: The rivers had become polluted, and they could no longer see stars in the sky. They experienced an awakening.

My observation is that the awakened and the born believers are mostly business leaders from India and China, places with large agribusinesses and large rural areas. Leaders from Southeast Asian nations, including Singapore, were mostly the convinced—they may not have experienced environmental degradation first-hand, but were still committed to act and successful in doing so.

Success would be getting progress on the UN Sustainable Development Goals back on track. Despite efforts, 700 million people still live in extreme poverty. It’s going to take us 257 years to close the economic gender gap at our current pace. We need to cap global warming at 1.5 °C by the end of the century but at the moment, we’re on track to heat up by 3.2°C.

I think the world presumed these problems could be solved through policies and government regulation. Now, we’ve realised we need get leaders across society on board. We at Russell Reynolds Associates are supporting chairmen, CEOs, and top executives at major institutions and corporations to achieve this at their organisations.

How do we ensure that sustainability remains a priority for companies after the pandemic?

So, we’ve still got a “rhetoric gap”.

Just like how safety emerged on boardroom agendas in the mid-1990s and early 2000s, we are seeing sustainability and ESG rising in prominence now.