Southeast Asia's stimulus spending up until July demonstrated a ‘dismal’ commitment to decarbonisation. Can the Asean Comprehensive Recovery Framework, adopted last week, steer the region towards a green recovery?

Last December, before the world had heard of a highly disruptive virus called Covid-19, the European Union (EU) adopted the Green Deal for the 27-nation bloc to achieve climate neutrality by 2050.

As Covid-19 swept across the world, upending daily routines and halting economic activity, the EU doubled down on its commitment towards sustainability. It unveiled a €750 billion (US$888 billion) recovery proposal on May 27, which set aside roughly a quarter of the stimulus dollars for earth-friendly measures such as retrofitting of old buildings and clean energy investments.

The proposal was held up as an example of “building back better” by sustainable development experts, although some environmentalists were not satisfied with its principle to do no harm and said money could still be spent on fossil fuel industries.

Last week, after spending much of the year battling the pandemic’s fallout, Southeast Asian leaders gathered virtually for the 37th Association of Southeast Asian Nations (Asean) Summit hosted by Vietnam. What emerged from the meeting was nothing as dramatic as a green recovery package, but there were positive signs amid a continued focus on lives and livelihoods.

The ongoing public health crisis presents Asean with an opportunity to reset and recalibrate the region’s growth trajectory on a more sustainable, accelerated, and resilient track.

In a 28-page chairman’s statement, the leaders committed to promoting a “sustainable recovery”. To coordinate efforts, they adopted the Asean Comprehensive Recovery Framework, one of whose five broad strategies is “advancing towards a more sustainable and resilient future”.

“The ongoing public health crisis presents Asean with an opportunity to reset and recalibrate the region’s growth trajectory on a more sustainable, accelerated, and resilient track,” the framework stated.

A key priority for the region is to transition to renewable energy and efficiency, it noted, adding that clean energy investments can stimulate growth and employment.

Asean member countries can consider measures that support energy decarbonisation in their economic stimulus packages, and work towards achieving—at the minimum—a 23 per cent share of renewable energy and 30 per cent energy intensity reduction by 2025, it stated.

The document, which struck an optimistic note, stated: “The post-pandemic recovery will not be a return to business as usual for Asean… Creative solutions are needed and this would require a new set of thinking from all stakeholders involved in the recovery process.”

Can an Asean Green Deal ever become a reality, and what steps should Southeast Asian countries take individually, and as a regional bloc?

Asean’s recovery narrative has been premised on saving lives and livelihoods instead of climate action or environmental protection, said Sharon Seah, coordinator of the Asean Studies Centre and the Climate Change in Southeast Asia programme at ISEAS-Yusof Ishak Institute, a research centre in Singapore. “In reality, Southeast Asian countries have been putting development over sustainability but today, they are suffering the consequences of climate change as development priorities have won out over sustainability priorities,” she said.

Asean accounts for 3.5 per cent of the world’s greenhouse gas emissions and will be severely affected by climate change, noted Melinda Martinus, lead researcher (socio-cultural) of the Asean Studies Centre at ISEAS-Yusof Ishak Institute. It also faces significant losses in biodiversity, gross domestic product and cultural assets if it does not act immediately on climate change, she said.

In an analysis in August on whether Asean stimulus efforts were going towards sustainability, Martinus and Seah concluded that “commitment to decarbonising the economy remains dismal among Southeast Asian countries”. The majority of measures target immediate needs such as emergency healthcare facilities, cash assistance to retrenched workers, support for small and medium enterprises, and hard-hit but critical economic sectors such as aviation and tourism.

As of 27 July this year, Asean countries had authorised a total of US$350 billion in Covid-19 stimulus measures, equivalent to 3.74 per cent of the region’s gross domestic product, the researchers found.

When it comes to taxpayer-funded stimulus spending, there should be no free lunch and countries should attach strong green requirements to their bailouts of companies, Seah and Martinus told Eco-Business.

France and Germany, for instance, bailed out aviation firms Air France and Lufthansa under the conditions that they must invest in low-emission aircraft, reduce short-distance trips, and commit to sustainable practices, said Martinus. Japan provided incentives for companies willing to relocate their manufacturing bases to Japan, as long as they adopted renewable energy, she said.

The EU and Asean are arguably two of the most successful regional organisations. Their leadership and pathfinder roles cannot be underestimated.

As a first step, governments in Southeast Asia—the only region in the world where the dirtiest fossil fuel, coal, has a growing share in the energy mix—should refuse to stimulate growth in industries such as fossil fuels, said Seah. They can also mandate that companies tap a certain percentage of renewables for their energy needs.

To foster inclusion and ensure no one is left behind, governments can require that companies receiving stimulus money invest in new technologies, or upskill their older employees, she said.

When it comes to foreign investment, governments may ensure investors do not engage in environmentally damaging activities but, instead, assist in building green or digital infrastructure, in return for corporate tax benefits, said Seah. The authorities can also encourage companies to adopt green supply chain practices and reduce their carbon footprint.

Does it matter that Southeast Asian countries come together to collaborate on a green recovery? Seah thinks so. “The EU and Asean are arguably two of the most successful regional organisations. Their leadership and pathfinder roles cannot be underestimated,” she said.

On how Asean could take a leaf from the EU, Martinus said the latter’s Green Deal stands out for a few reasons: Its ambitious net zero goal, a process to turn that ambition into a legal obligation, and the push for member countries to beef up institutional capacities and make environmental protection mainstream across industries.

Asean can use existing initiatives such as the Asean Power Grid and Asean Smart Cities Network to work together on low-carbon pathways, she said.

Watch the spending of public funds

At the EU-Singapore Dialogue earlier this month, Singapore’s chief negotiator for climate change Joseph Teo said Asean countries have to first put forward their new climate targets or Nationally Determined Contributions under the Paris Agreement, as well as their low-emissions development strategies. 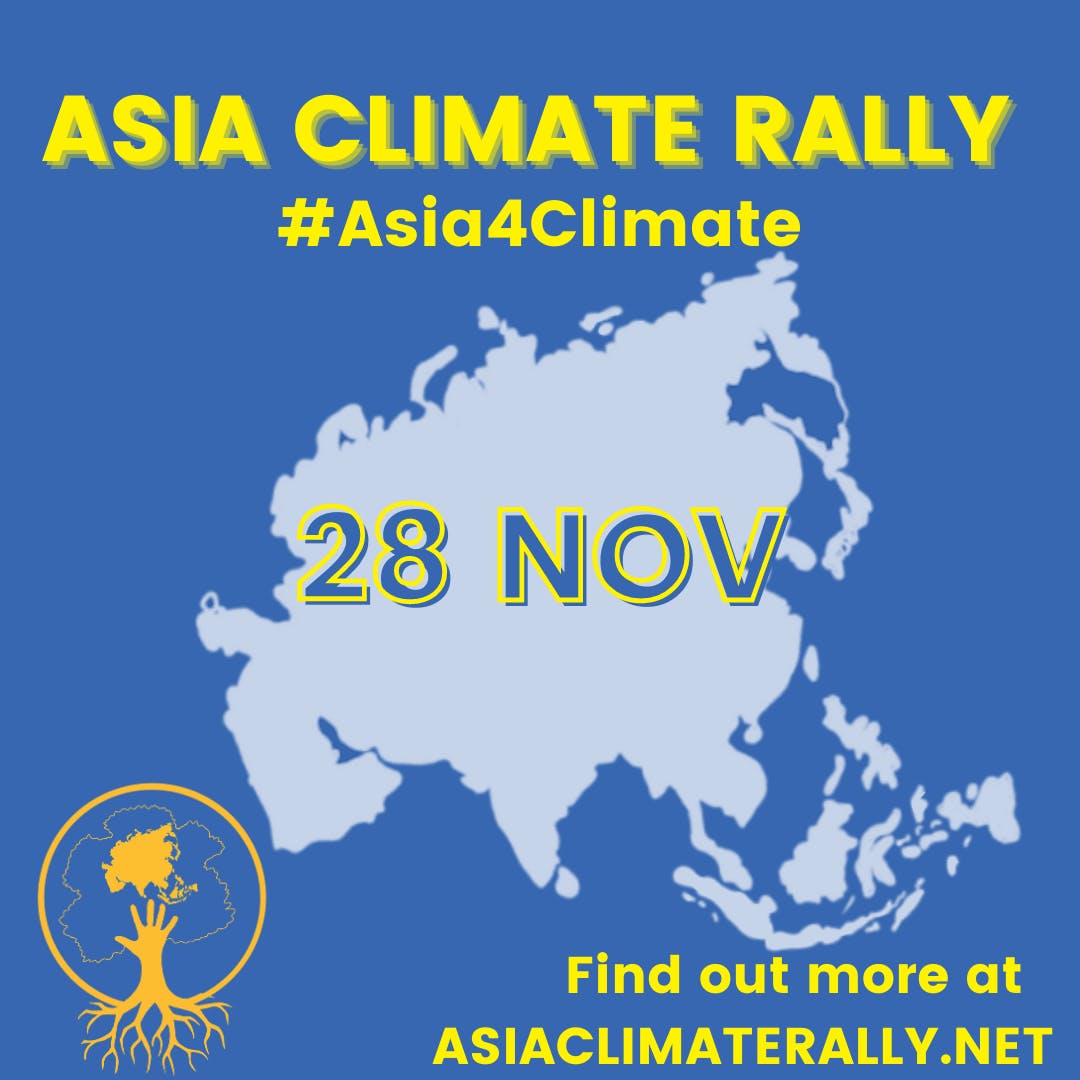 In recently announcing net zero pledges, countries such as China, Japan and South Korea, have sent a “very strong signal” to all stakeholders, said Teo in a panel discussion on a green recovery from Covid-19. The event was organised by the Singapore Institute of International Affairs (SIIA) think tank, Singapore’s Energy Studies Institute and the Institute of Marine Sciences of the Spanish National Research Council. Teo was responding to a question from the discussion moderator, SIIA chairman Simon Tay, on whether Asean countries were able to come together on the global stage.

With a long-term ambition in place, “governments will follow this plan, the private sector will look at this plan and will take the cue and move forward”, he said.

“The focus should be on trying to get as many countries to put forward their Nationally Determined Contributions and low-emissions development strategies, working…to make the transformations necessary, and (also having) climate finance and green finance (as a) key enabler to move this process along,” Teo said.

According to Climate Action Tracker, Thailand, Vietnam, Indonesia and Singapore have updated their Nationally Determined Contributions, although the latter two countries did not strengthen their initial targets.

For youth climate activists in Asia, multilateral lenders have a role to play in a green recovery. The activists are demanding that the World Bank, Asian Infrastructure Investment Bank, Asian Development Bank and public development banks stop using public money to fund the fossil fuel industry.

On 28 November and in the lead-up to the date, the activists from nine countries—four of which are in Southeast Asia—will be holding the Asia Climate Rally 2020, a series of online and physical events to call on their governments, corporations and other institutions to take bolder climate action and protect indigenous and vulnerable groups in society.